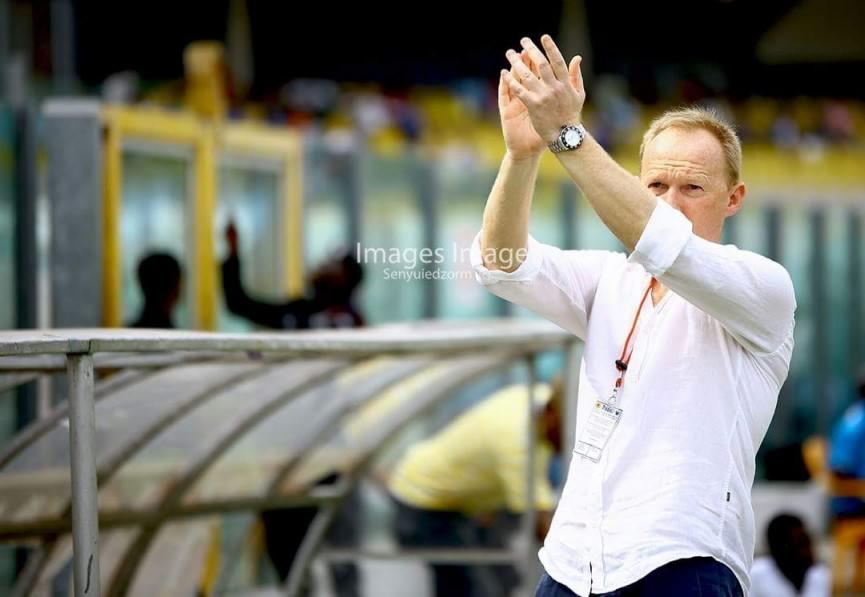 Head coach of Accra Hearts of Oak, Frank Nuttal has showered praise on referee Samuel Sukah for his performance in the Ghana Premier League game between Hearts and Kotoko on Sunday.

Nuttall’s side secured their first win in eight years against arch-rivals Asante Kotoko at the Accra Sports Stadium following a Vincent Atingah penalty.

According to the Scottish gaffer, Referee Sukah had a good show and was at the right place to award the penalty for his side to end the game in a 1-0 victory.

"It's hard for me to comment on the referees decision because of proximity, to be honest" he said in an interview.

"The referee was much closer, than me and he was in the best position. I think he had a good game today.

"These games are difficult for any official to control. It was a very difficult game, we have played three derbies in a week, this is the national derby and it's always difficult for every team.

"I am proud of my team, they have worked extremely hard over the last five weeks and they played very well today."