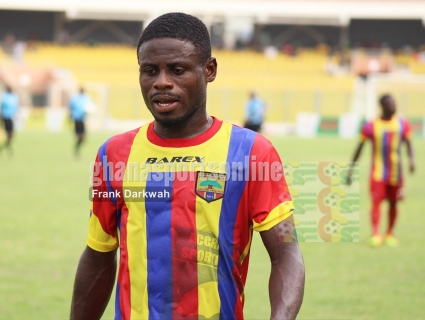 Accra Hearts of Oak have received a big boost following the return of defender Anthony Nimo from injury ahead of the team’s League game against Berekum Chelsea on Sunday.

The right-back missed his side’s last two matches with a groin injury.

Nimo began training with his side ahead of the crucial clash at the Golden City Park on Sunday.

Hearts Coach Frank Nuttall has been relying on Fatawu Mohammed at the right-back position in the team’s last three games.

The former Liberty Professionals player (Nimo) has been the preferred choice for the Scot since the beginning of the season hence could be in the starting line-up this weekend.