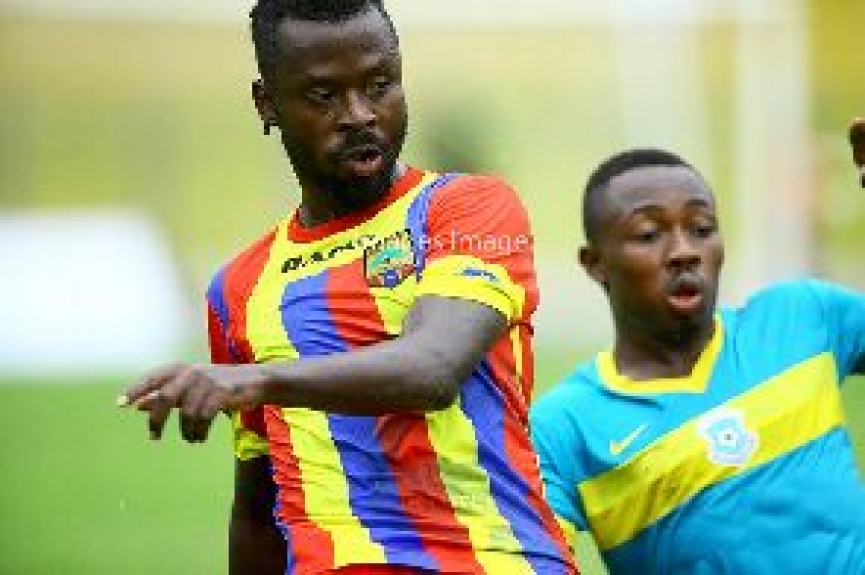 Accra Hearts of Oak midfielder, Malik Akowuah says it a disaster should they fail to win Sunday’s Super clash against Asante Kotoko at the Accra Sports Stadium.

The premier giant are having a patchy season in the ongoing league campaign, where they are occupying eleventh spot on the log with just nine points from their opening seven games.

And ahead of their much anticipated clash against sworn rivals Asante Kotoko, midfield dynamo Malik Akowuah has called on his teammates to stand up to the challenge in the epic duel on Sunday.

I've never played in such high profile match before, although I've equally played in high tempo games with both sides at a different club," he told Silver FM.

"The game is a massive one and considering our current situation in the league, we can't afford to lose or even draw in this game against Kotoko,'' he declared.

The former Medeama SC kingpin continued: "All that we want is to clinch all the three maximum points at stake and judging from our preparations before the match; I can assure you nothing but a victory. We want to leapfrog some clubs to go top of the league table from our current position."

''We've lost some crucial points so far and It'll be very upset to lose six points in our last two games. We'll continue to sink on the log sheet should we lose against Kotoko."

''So we must do everything possible to win the game in order to keep our title winning ambition on course. Our operation plans of amassing nine points in our last three games didn't materialised and so a draw will not even be good for us."