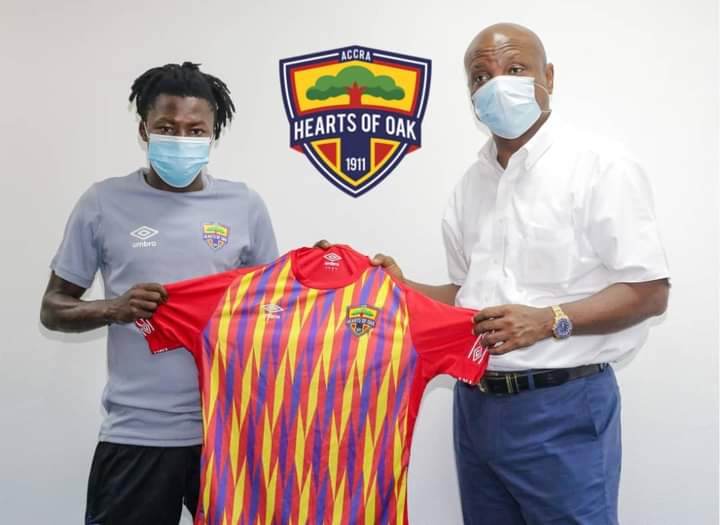 The Phobians completed the signing of the enterprising winger on a three year deal from Techiman Eleven Wonders in the ongoing transfer window few days ago.

Speaking after his mouthwatering move, he said, “It’s a privilege to serve Hearts. I thank the Club for reposing confidence in me. This is the best playing opportunity most players desire to have. I will contribute my quota to bring success to this team,” said the 20-year-old.

He bagged five Man of the Match awards in the ongoing campaign with Eleven Wonders.

The enterprising winger was on the radar of Medeama SC but opted to join the 19 time Ghana Premier League champions.

He is the first player to be signed in the Samuel Boadu era.