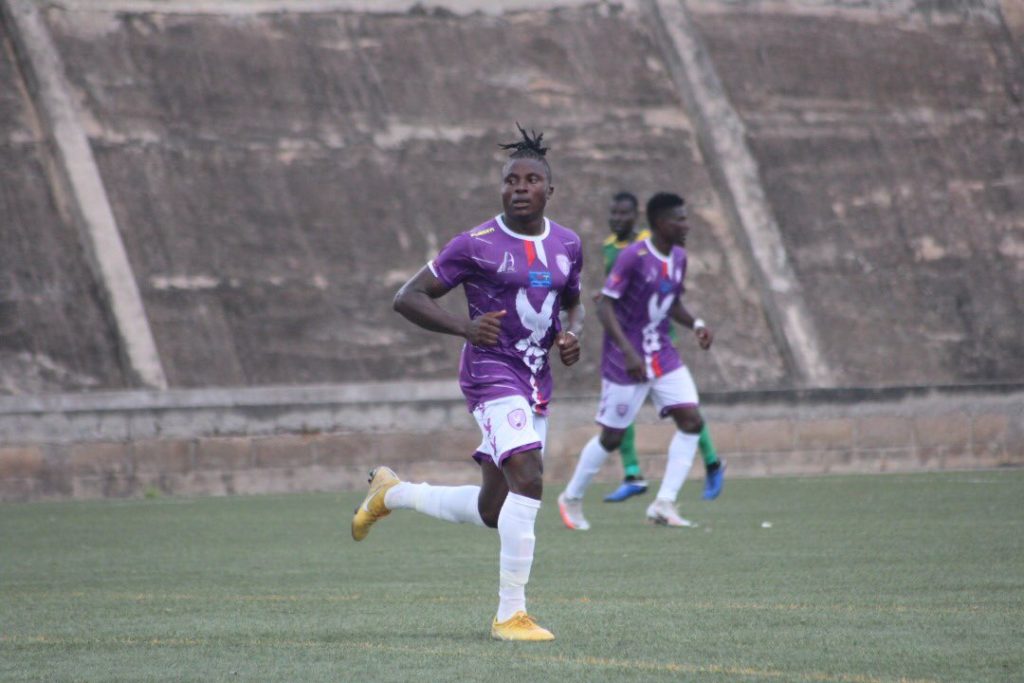 The 22-year-old is out of contract at Fortuna du Mfou at the end of the month.

With 13 goals, 9 assists, and 2 hat tricks in 22 games, Nkembe is the leading goal scorer in the Cameroonian league.

Nkembe if moved to Ghana will be the second former AS Fortuna du Mfou player and the third Cameroonian to join the Ghanaian topflight after Franck Etouga Mbella and Georges Mfegue.

His burly physical appearance, stellar dribbling skills, attacking flexibility, and ability to surprise the keeper with long-range shots give him leverage over other attackers in the Elite championship.