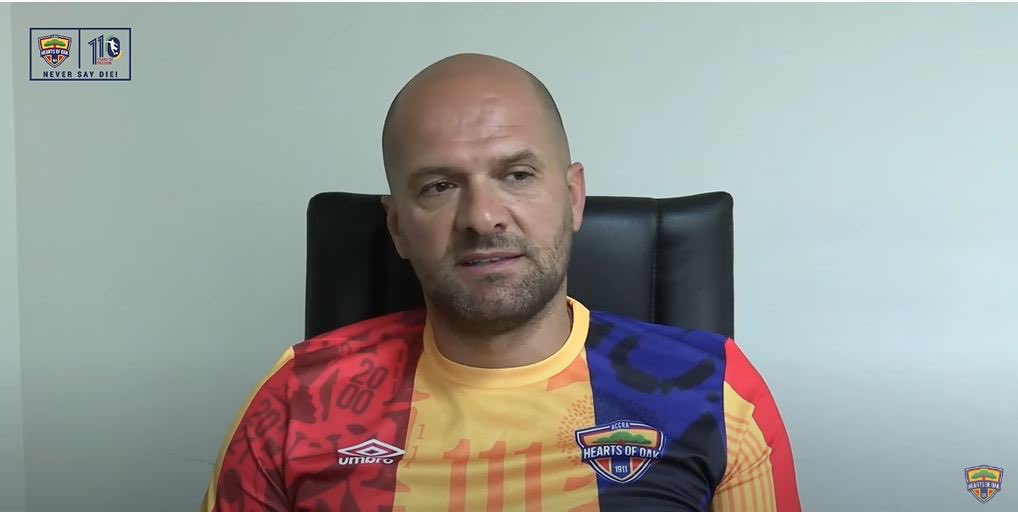 Hearts of Oak head coach, Slavko Matić, has submitted an application to be appointed as head coach for Ghana's national football team, the Black Stars.

Despite only having signed a two-year contract with Hearts of Oak in October of last year, Matić is willing to leave his current position in pursuit of the national team job.

Asaase Sports reports that Matić is not concerned about any potential backlash from the Hearts of Oak Board of Directors, as he did not inform them of his decision to apply for the national team job. Since taking charge of the team, Matić has led the Phobians to six wins, four draws, and two losses.

Matić holds a UEFA Pro Licence and has had a varied coaching career, including stints in his native Serbia as well as in China, Qatar, and Slovenia. His most recent job prior to joining Hearts of Oak was with Bulgarian top-flight side Septemvri Sofia, where he was in charge until October 9, 2022.

The Ghana Football Association (GFA) is currently in the process of selecting a new coach for the Black Stars and Matić's application will be considered among others.

It remains to be seen if Matić will be selected as the new coach of the Black Stars, but his application shows his ambition and desire to take on the role. The GFA is expected to make a decision on the new coach in the coming weeks.