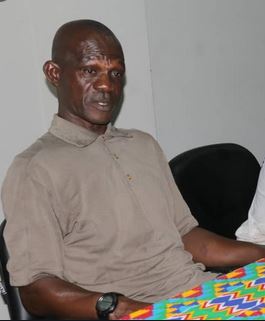 Assistant coach of Hearts of Oak Joseph Asare Bediako is saddened following his side's stalemate against Karela United in matchday four of the Ghana Premier League at the Accra Sports Stadium.

The Phobians made it three games with no win after they were held by the Anyinase based club to scoreless draw on Friday night.

New coach Kostadin Papic didn't make an appearance at the bench for the Phobians since his working permit is not ready.

His assistant, Asare Bediako led the team in the encounter as he made four changes to the lineup that started against Inter Allies FC last Sunday.

Speaking after the game, the coach indicated that he is saddened by the results but rued his side's missed chances in the game.

"It's very sad, to me i will say is a very sad situation because we got all the chances but we wasted it" he said.

Asked what the problem is, he said, "I don't know maybe i will say lost of concentration on the part of the players. We supposed to psych them, We've psyching them up for all this while but i don't know because you see this glaring chances which they just have to nod in but they couldn't"