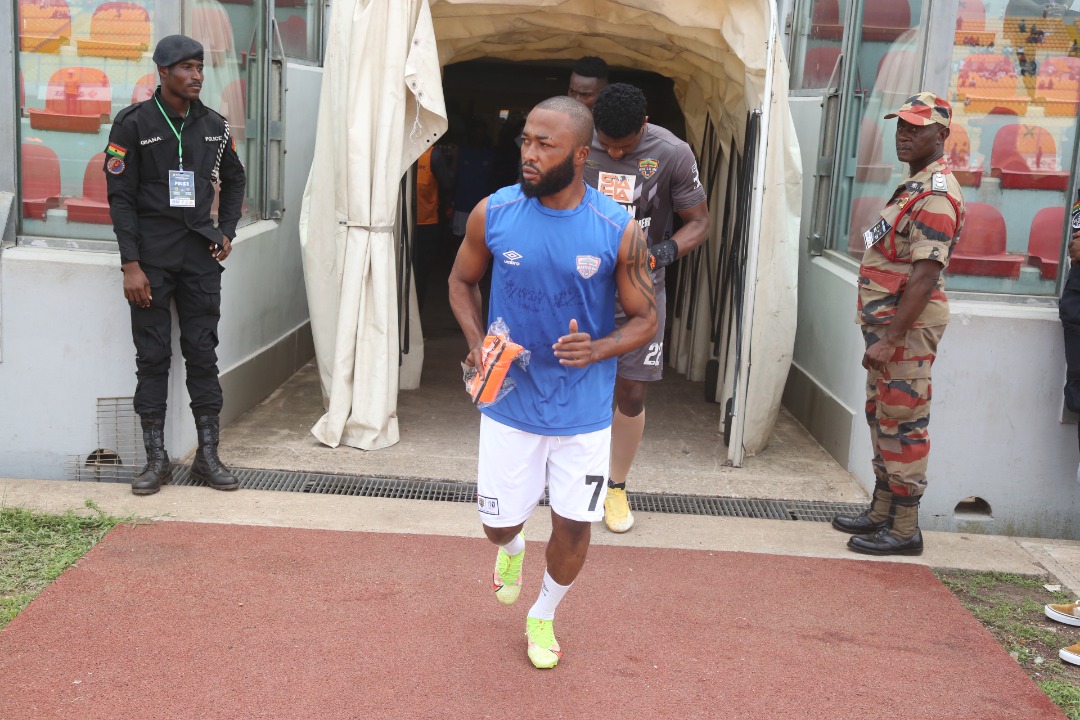 Hearts of Oak head coach Samuel Boadu has heaped praise on Gladson Awako ahead of their match week 27 encounter against Dreams FC in the Ghana Premier League on Sunday.

When Awako joined defending champions from Great Olympics prior to the start of the 2021/22 season there were hullabaloos about his move to his new club with many Hearts supporters not happy with how everything started.

However, 31-year-old has hit the ground running in recent weeks, propelling the Phobians to 4th on the league table after 26 matches played so far.

"I'd be lying if I said amongst, we the technical team and players we are happy about the inconsistent result," coach Samuel Boadu told the club's official website.

"Yes, you may be enjoying his play but the Awako we all saw when he was playing at Great Olympics will fully be unleashed and we might even get a better version of him."