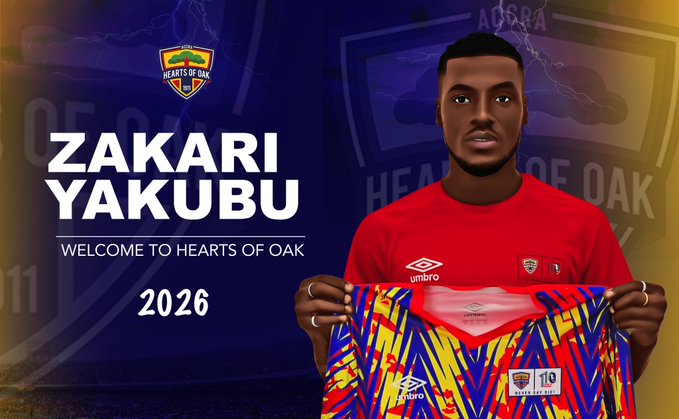 Hearts of Oak have confirmed the signing of highly-rated defender Zakari Yakubu from lower tier side All Blacks ahead of the new season.

Yakubu joins the MTN FA Cup champions  on a four-year deal after passing his medicals and completing the formalities.

He becomes the third signing of the club following the acquisition of Eric Ofori Antwi and Cameroonian forward Junior Kaaba who both joined the club on Wednesday.

"Our latest defender is from All Blacks and to him, it’s a dream come true," the Phobians posted their twitter handle.

"He signed a 4-year deal with the phobia family after passing his medicals. he is Zakari Yakubu."

Yakubu was one of the standout players for All Blacks last season, making handful of appearances.

His impressive display for his club saw him being linked with a move to several clubs but has opted to join Hearts of Oak.

He will join the rest of the team as they prepare for the CAF Confederation Cup and the Ghana Premier League.