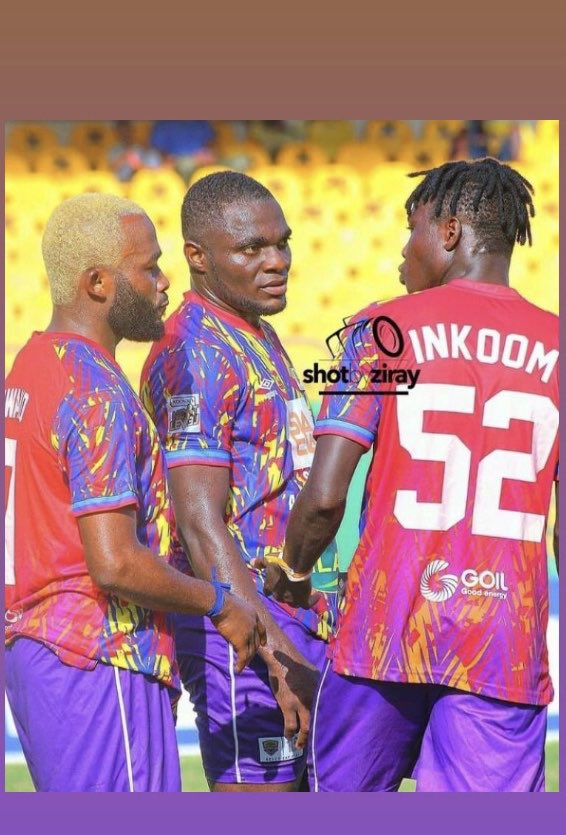 Hearts of Oak defender Samuel Inkoom has heaped on his teammates after beating Dreams FC to reach the final of the 2021/22 MTN FA Cup on Saturday.

The Phobians are course to retain the title they won last season following a 3-2 win over the Still Believe lads at the Accra Sports stadium.

"Well done guys let’s keep on working hard as a team," Inkoom posted on his Twitter after the game.

Dreams FC took an early lead through Sylvester Simba in the 4th minute of the game but Hearts of Oak drew level six minutes later through an effort from youngster Benjamin Yorke.

Although both teams will be presented with a number of opportunities from there on, neither side could score as the first 45 minutes ended in a 1-1 stalemate.

After just a minute into the second half, Daniel Afriyie Barnieh scored to give the Phobians the lead for the first time in the game.

Subsequently, teenager Suraj Seidu also got on the scoresheet to increase the lead for Hearts of Oak.

Despite Dreams FC netting the second goal in the 78th minute, the team could not get back into the game and lost 3-2 at the end of the contest.

Hearts of Oak will face the winner of the second semi-final game between Aduana Stars and Bechem United at the Golden City Park on Sunday, May 15, 2022.