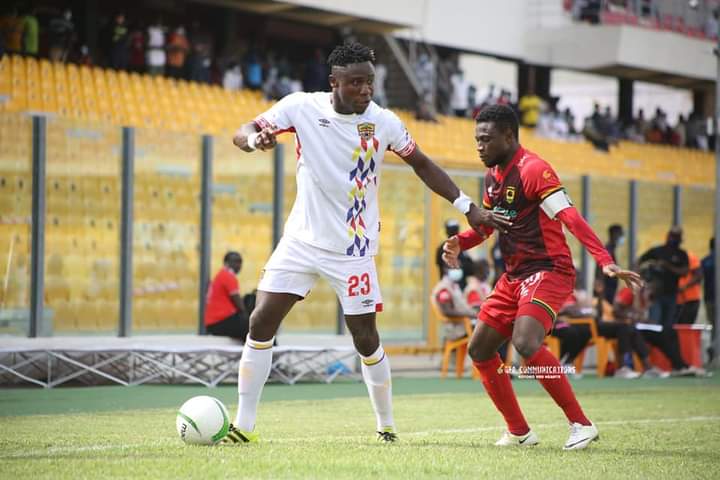 Nuru Sulley is expected to pay Hearts of Oak $20,000 before terminating his contract, according to reports.

The fee is said to be compensation as the club will end the contract based on the player’s request.

Sulley made a handful of appearances for the Phobaians after losing his place to Robert Addo Sowah following his red card against Dreams FC in May last season.

According to Phobia News, the player’s management offered to pay $5,000 of the $20,000 the club is requesting a release fee.

The 29-year-old is believed to be on the verge of joining the newly promoted Ghana Premier League side, Bibiani Gold Stars.

Negotiations between Sulley and the club are at an advanced stage and he is expected to complete the move in the coming days.

However, the $20,000 could be a stumbling block for the move not to go through.