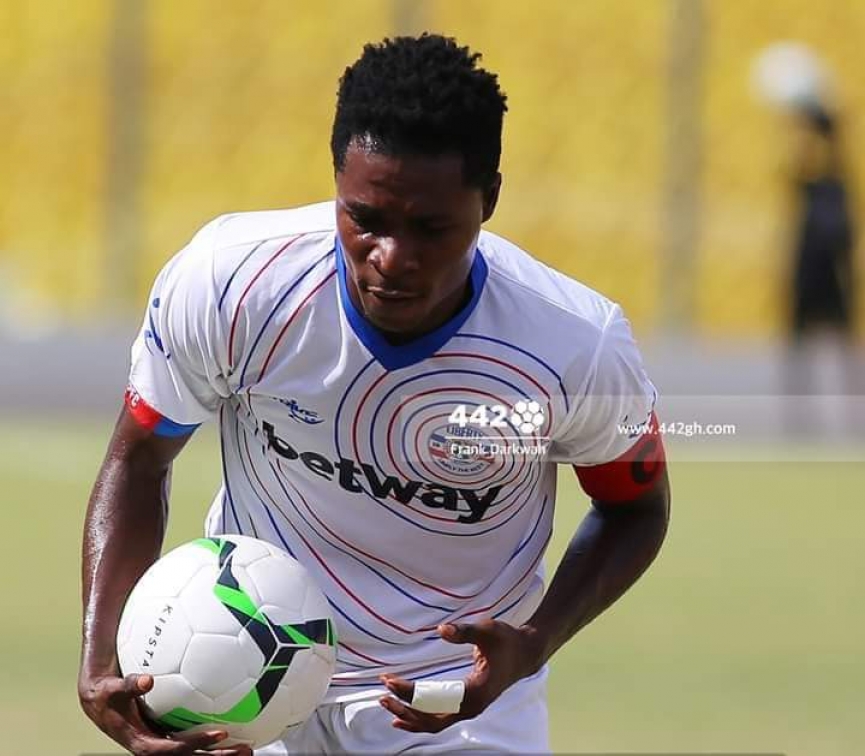 Hearts of Oak have expressed interest in signing Liberty Professionals' Michael Ampadu, according to Kickgh.com.

Ampadu is presently regarded as one of the best full-backs in the Ghana Premier League following his impressive performance for the Scientific Soccer Lads.

He made 14 appearances and scored one goal for Liberty Professionals before the 2019/20 league season was suspended due to the coronavirus outbreak.

The 22-year-old is the radar of several clubs in the top flight with Hearts showing keen interest in acquiring his services.

Officials of Hearts of Oak are currently holding talks with the youngster for a possible transfer ahead of next season, Kickgh.com can report.

The Phobians want to augment their squad with the signing of Ampadu after Fatawu Mohammed lost his place to Larry Sumaila.

His contract with Liberty Professionals will expire after the 2019/20 Ghana Premier League season.

His splendid performance earned him a call-up to the Black Meteors where he featured in the 2020 Africa U23 Cup of Nations qualifiers.