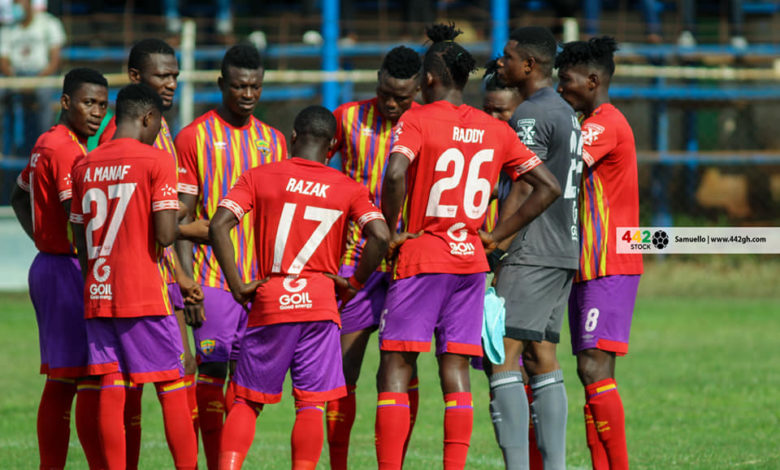 Hearts of Oak on Sunday afternoon suffered a 3-2 defeat to Accra Lions FC in a friendly match as the side continued preparations for their campaign in the CAF Champions League.

After emerging as Champions of the 2020/2021 Ghana Premier League season, the team nicknamed the Phobians are set to compete with other champions in the continental inter-club competition.

As part of preparations for the first game of the competition, Hearts of Oak have in the past weeks been training and playing friendly matches.

At the end of a very tough contest, Hearts of Oak has been defeated 3-2 to at the end of the 90 minutes.

The team will have a rest on Monday but will return to training on Tuesday to continue preparations for the CAF Champions League encounter against CI Kamsar next weekend.