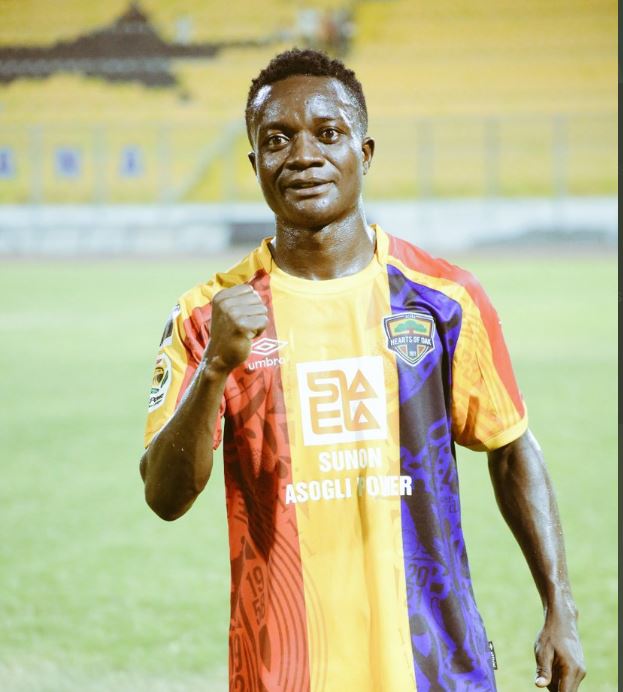 Hearts of Oak midfielder, Linda Mtange has disclosed why he missed that MTN FA Cup match against Dreams Football Club.

The Congolese midfielder who has become a fan-favourite was missing in action on Sunday when the Phobians lost by a goal to nil against the Round 32 opponent of the domestic cup competition.

After the game, there were reports that Linda Mtange did not feature because there is a rift between himself and some club officials.

Speaking to Akoma FM today, Linda Mtange has rubbished the claims. According to him, he missed the Dreams FC match because he was not feeling well.

“I didn't play our game with Dreams because I was not feeling well but the news going around that Hearts owe me some unpaid signing-on fees and salaries and that is why I did not play on Sunday are all false.

“There is no problem between myself, the playing body, management, and the coach,” Linda Mtange said.

The Congolese midfielder added, “Hearts are taking good care of me, they provide me with everything I need and I'm enjoying my stay in Ghana with the club.  I was even surprised by the publication, there is no truth in that report, it is fake. The truth is that there is no problem.

“I only missed the game because I was sick and that is all.”

Linda Mtange is confident that he will be fully recovered for Hearts of Oak’s next match in the Ghana Premier League.