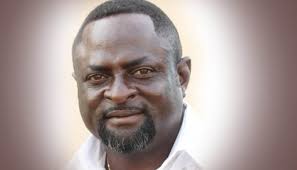 Former Board Member of Accra Hearts of Oak and Bank roller of Uncle T United Isaac Tetteh has called on current management of the club to make conscious efforts to develop talents that can conquer Africa again.

On 11 February 2001 (Exactly 19 years ago) Hearts of Oak beat Egyptian side Zamalek 2-0 to lift the African Super Cup.

However, the former board member who played an instrumental role for the clubs success at the time want management to groom players that can bring back the lost glory of the club.

“Hearts of Oak must plan towards winning Africa. I think if management plan towards it that they can achieve it because it is possible. I will plead with them to try their best to win the trophy again by 2021”

“It my prayer Hearts of Oak get a squad that can win Africa again after 19 years. They should build a team that can win it by 2021 to help commemorate the 20th anniversary. They must do everything to revive the club again” he told Bryt FM.

He adds that, the club can only return to winning ways on one condition that is unity, saying that unity among board members at the time contributed to their great achievement.