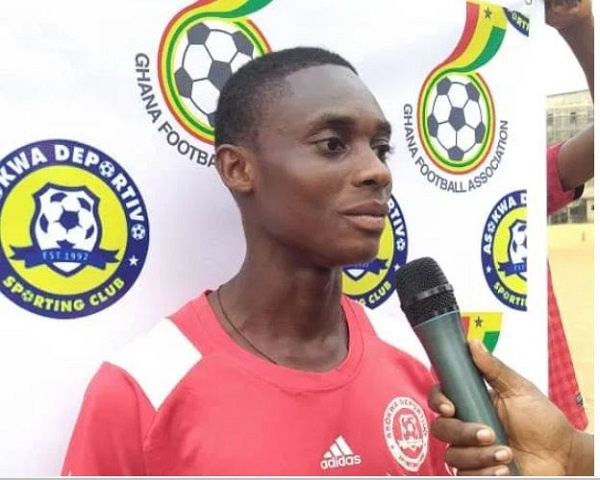 Footballghana.com can report that Ghana Premier League giants Accra Hearts of Oak has sealed the transfer of winger Emmanuel Osei from Asokwa Deportivo.

The young prodigy has been on the radar of the Phobians for quite some time now after showing explosive form in the 2019/2020 Division One League campaign.

Following successful negotiations, Hearts of Oak has finally gotten their man and expects him to give them a squad boost ahead of the resumption of the Ghana Premier League season which has been suspended due to the Coronavirus pandemic.

Especially with the Accra-based club lacking fringe attackers, Emmanuel Osei’s signing excites fans of the Rainbow lads and they will hope he adds quality to the attack of the team.

The winger’s official announcement is expected to come in the next 48 hour. He becomes the second signing of Hearts of Oak in this transfer window after the club announced on Thursday that they have completed the signing of Niger international Abdourahamane Mamane Lawali.