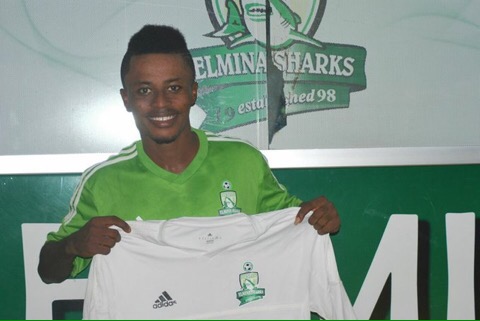 Hearts of Oak are on the verge of completing the signing of Benjamin Tweneboah in the on-going transfer window, Footballghana.com can report.

Tweneboah is in advanced negotiations with the officials of Hearts ahead of possible switch.

The 25-year-old will be joining the Phobians lads on a free transfer following the expiration of his contract with Elmina Sharks.

He has been rated one of the best wingers in the Ghana Premier League following his exploits for Elmina Sharks in the past seasons.

He made 14 appearances for Elmina Sharks, scored two goals and registered seven assists in the truncated 2018 Ghana Premier League season.