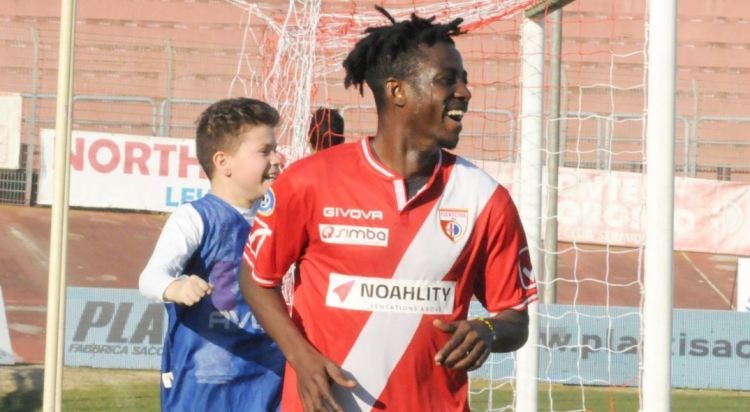 Hearts of Oak is set to sign striker Johnson David Yeboah to provide an extra squad boost ahead of the start of the next football season.

The Phobians had a difficult campaign in the 2019/2020 football season before the season was suspended and subsequently canceled as a result of the Coronavirus pandemic.

With the 2020/2021 football season starting next month, Hearts of Oak is putting things in order to ensure they are able to properly challenge for the league title which has eluded the team for the past decade.

According to sources, the Accra-based club is close to signing the former Mantova FC striker to give them a squad boost.

He has been based in Italy since 2013 where he has played for the likes of Savoia, Catanzaro, Turris, Taranto, Gelbison, Chieri, and a few others.

Johnson David Yeboah, 25, has gathered experience over the years and will augment the squad of Hearts of Oak once the deal is completed.

Checks have revealed that the goal scorer has been training with the Ghanaian giants in the past week and has managed to impress the technical team.