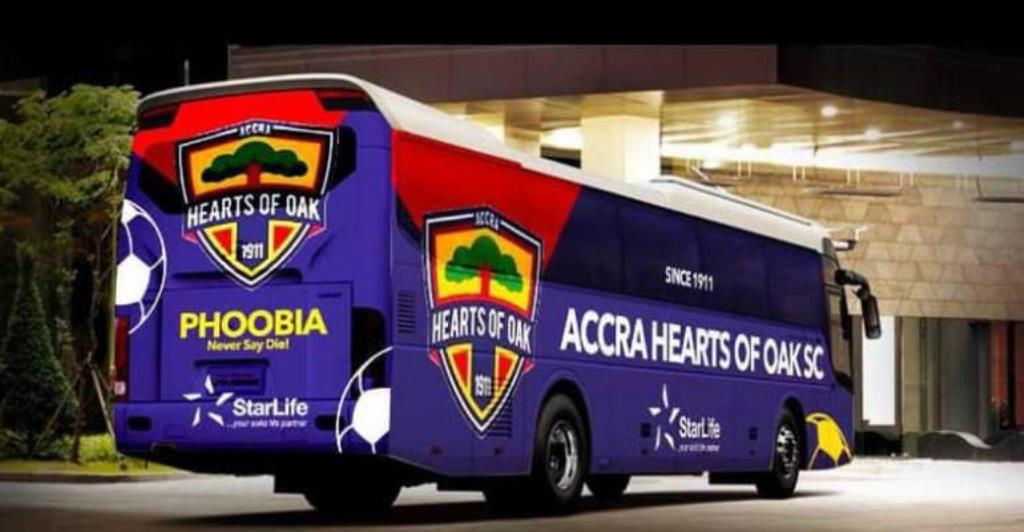 Accra Hearts of Oak are set to unveil their new bus today.

A short ceremony will be held at the premises of Starlife Assurance at Airport and also live on GTV Sports+ this morning at 10:0am to officially hand over the bus to the club.

According to our checks, it is a 2014 Hyundai bus that was acquired by Hearts of Oak’s insurance partners, Star Assurance Company who also doubles as a sponsor for the club.

The new bus is expected to end ridicule from supporters of arch-rivals Kumasi Asante Kotoko who have teased the side for the past years for using an old bus [the Phobia bird].

Hearts of Oak will use the bus for the first time when the 2020/21 league season gets underway.