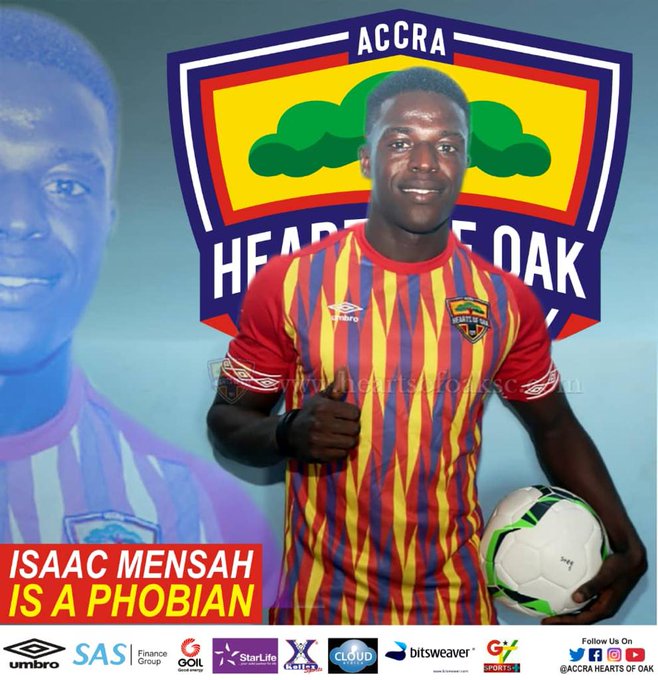 Ghana Premier League giants Accra Hearts of Oak have completed the signing of Isaac Mensah from Division One side Nkoranza Warriors in the on-going transfer window.

Mensah penned a three-year deal with the Phobians after passing his mandatory medical and completing the formalities.

After putting pen to paper, the club announced their latest signing via their twitter handle. "Accra Hearts of Oak is delighted to announce the signing of Isaac Mensah from Division One side Nkoranza Warriors."

"The teenage striker has signed a three-year contract at the club."

The 17-year-old striker scored eight goals in the suspended Division One League and holds the record of scoring four goals in a game against Yendi Gbewaa.