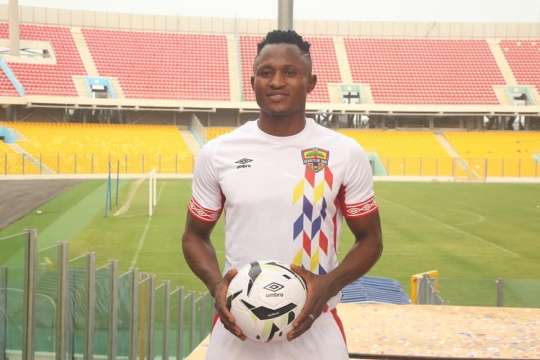 Accra Hearts of Oak attacker Joseph Esso has reportedly attracted interest from Israeli top-flight side Ironi Ashdod who are looking to secure his services in the January transfer window.

The striker has been in fine form this year and has continually performed at the top level in competitions he has played in.

In the absence of competitive local league competition, Esso featured for the Phobians during the Ghana Football Association (GFA) Normalization Committee (NC) Special Competition and was also part of the Black Stars B team that competed in the 2019 WAFU tournament.

Ironi Ashdod reportedly monitored the former Ebusua Dwarfs forward at the WAFU tournament and was impressed with the quality of his play. They are now said to be very keen on acquiring his signature to reinforce their attacking department.

Meanwhile, the Israeli club must make a convincing offer if they really want to poach the Hearts of Oak attacker. His current contract is running out but even if the Phobians will let him go, they will push for a huge transfer fee.

Footballghana.com can report that management of Hearts is in talks with Esso to have him extend his contract before the 2019/2020 Ghana Premier League season starts.