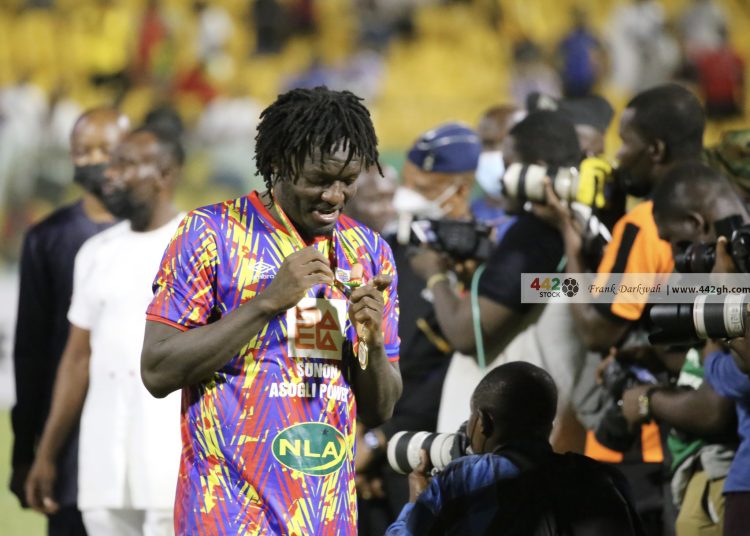 Hearts of Oak could be without their midfielder Sulley Muntari in their MTN FA Cup final against Bechem United.

The Phobians will play the Haunter at the Baba Yara Stadium on Sunday for supremacy.

Ahead of the game on Sunday, Communications Director of the club, Kwame Opare Addo speaking in an interview hinted the former AC Milan and Inter Milan ace could miss the final.

"The decision to include Sulley Muntari is not for me to say it here," he said on Asempa FM.

Sulley Muntari joined the Phobians before the start of the second half of the season on a short-term deal.

The 36-year-old propelled the side to win the 2022 President's Cup against Asante Kotoko at the Baba Yara Stadium.