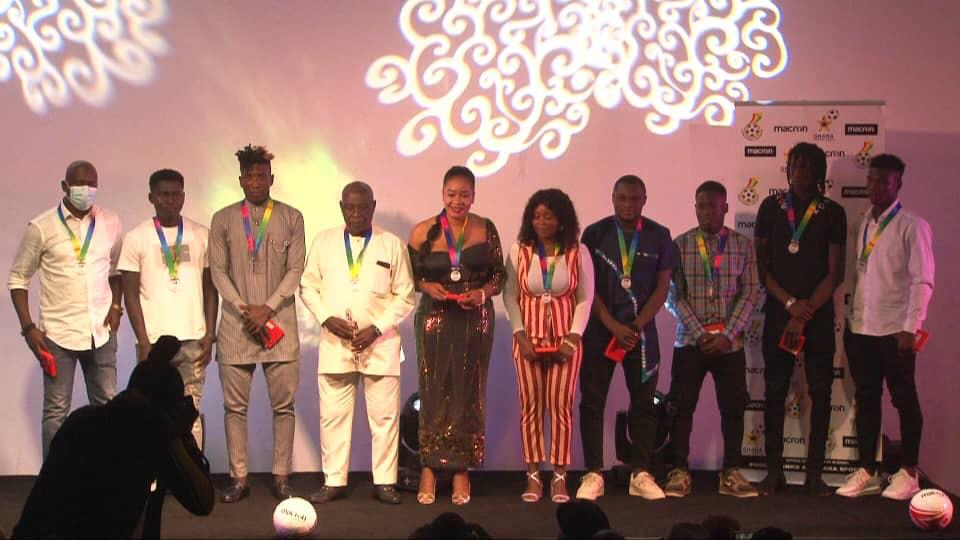 Champion club, Accra Hearts of Oak swept most of the honours at the maiden Universal Premier League awards held on 4th September 2021, in Accra at the Omanye Aba Auditorium inside the AMA building.

The occasion was MCed by Agboyibor Francis Blackgate, CEO of Rising Sports Network and Abigail Sena Sosu, a presenter at GTV Sports plus.

Also in attendance were football administrators, coaches, players and media.

Gladson Awako, formerly of Great Olympics who has joined the Phobians and Coach Annor Walker won the best player of the season and coach of the season respectively.

The Ghana Premier League (GPL) champions Accra Hearts of Oak dominated the awards scheme on the night winning 7 accolades. Below are the list of winners.

Sports Photographer of the season went to Samuel Buckman aka ‘Dada Oliseh’ of  Oliseh photos, while Celebrity fan of the season was taken by Serwah Amihere (Kotoko).