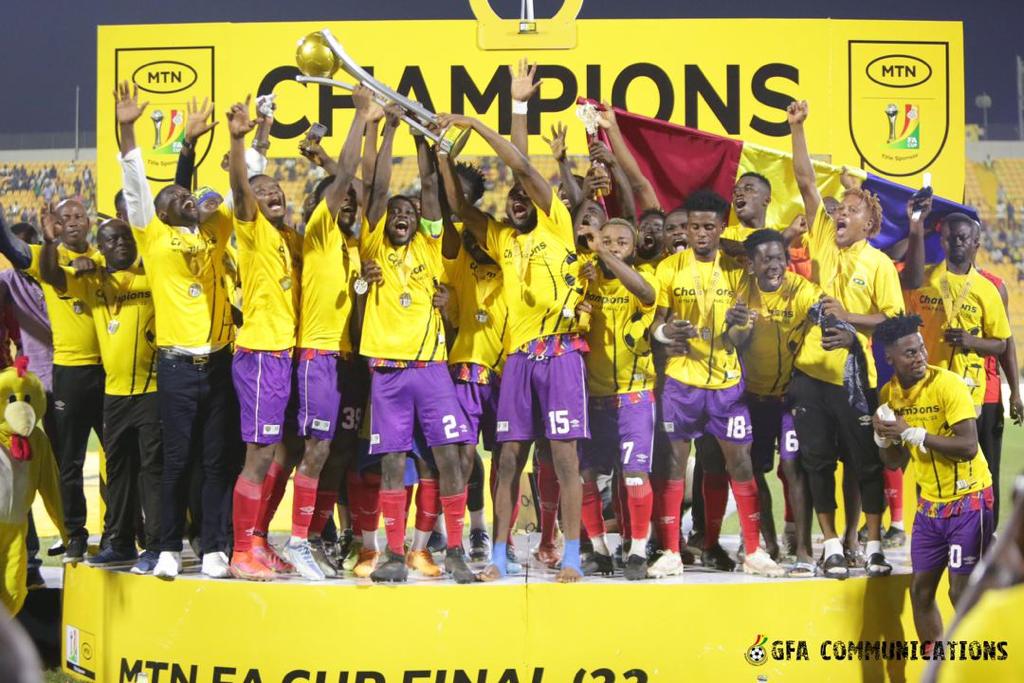 Ghanaian giants, Hearts of Oak will be representing Ghana in the CAF Confederation Cup next season.

This is because of the team’s success in the MTN FA Cup at the end of the 2021/22 Ghanaian top-flight league campaign.

In the final of the domestic cup competition on Sunday evening, Hearts of Oak locked horns with Bechem United.

At the end of the contest staged at the Baba Yara Sports Stadium, the Phobians came from behind to cruise to a delightful 2-1 win against the opponent.

Having been crowned champions of this season’s MTN FA Cup, Hearts of Oak are now set to be Ghana’s representatives in the CAF Confederations Cup next season.

It will be the second consecutive season the Phobians will be playing in the continental inter-club competition.

Unfortunately, the campaign of the Phobians in the 2021/22 football season ended disappointingly.

Next season, Hearts of Oak will hope to do better.