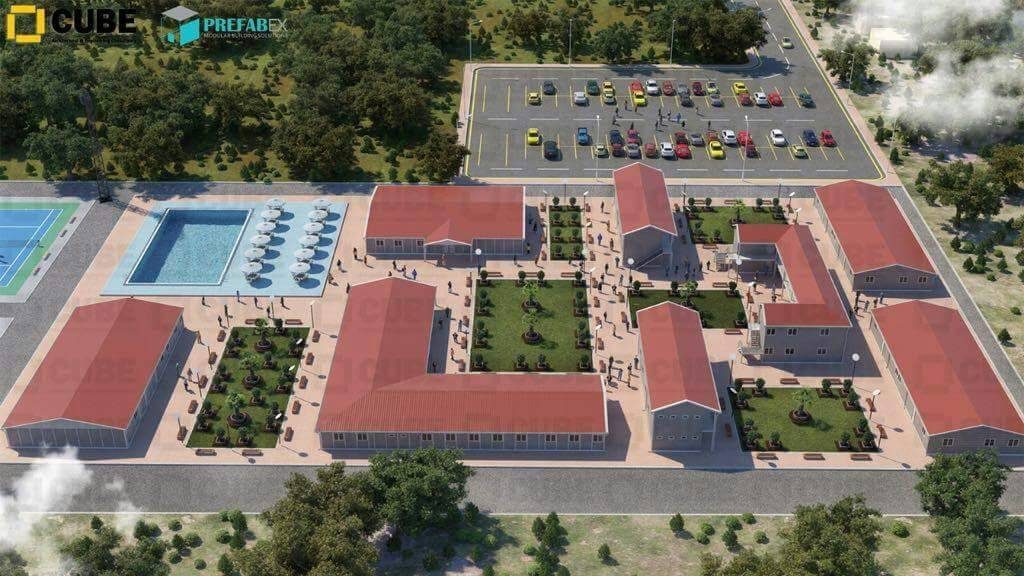 Work on the new football academy project at Pobiman by Accra Hearts of Oak is expected to commence next month.

A local contractor, whose name the club prefers to keep under wraps, has won the bid to undertake ground preparation and start the foundation works prior to the arrival of the main prefabricated work from Turkey.

Sources close to the club told Daily Graphic in an interview yesterday that the club would unveil the local company in the coming weeks to allow them move to site and start the project.

Project detail The project which involves the construction of an academy will come with modern facilities such as staff residence, gym, training pitches, laundry, swimming pool, kitchen, and dining hall, among other facilities.

The source hinted that by close of the year when the project is completed by Turkey-based contractors, Prefabex Yapi Teknolojiller, it would be one of its kind in the country with no other club boasting of such facility.

“As we speak now the company is already manufacturing the prefabricated materials and as soon as they are done it will be shipped down to the country to be assembled”, the source noted.

Contract agreement Last year, the club signed an agreement with the Turkish company for the construction of an academy at their Pobiman site.

A year down the line, the site remains barren with some club followers becoming skeptical over the viability of the project and why the club was unable to do anything long after the contract was signed.

But the source allayed that fear and urged the fans to give the club until the end of this year when they would see significant changes at the Pobiman site which would change the face of grassroot football development in the country.