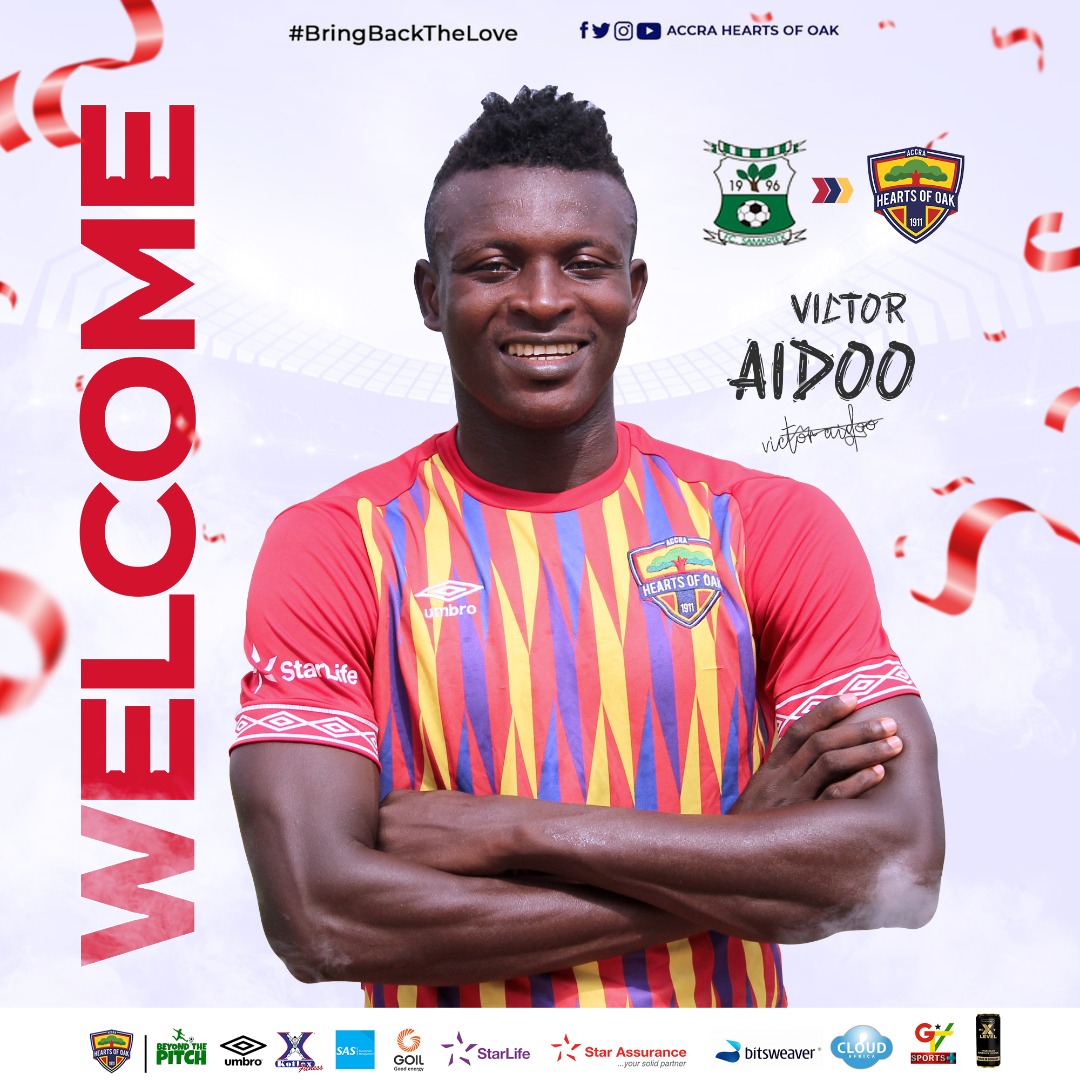 It can be recalled that last month, footballghana.com reported that the capital-based club had reached an agreement with Samartex FC for the signing of their forward.

Several weeks later, Hearts of Oak have finally announced to confirm the report by your most trusted Ghanaian online portal.

In a post on the Twitter page of the club today, they have unveiled striker Victor Kweku Aidoo ahead of the opening weekend of the 2020/2021 Ghana Premier League season.

“Hearts of Oak is now the home of Victor Aidoo,” the statement on the Twitter page of the Phobians read.

Victor Aidoo becomes the second player to be outdoored by Hearts of Oak today. In the morning, the club announced that they have re-signed Patrick Razak to bolster the squad of the team.