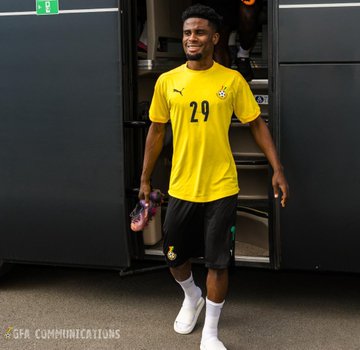 Hearts of Oak have thrown their weight behind Daniel Afriyie Barnieh ahead of Ghana's game against Brazil in an international friendly on Friday.

The 21-year-old was part of the 24 players who trained at Stade du Commandant Hebert in Deauville, France on Monday evening after assembling in camp for this month’s International friendlies against Brazil and Nicaragua.

He trained under the tutelage of coach Otto Addo and his backroom staff.

Barnieh was the only player from Black Galaxies team to be included in the 29-man squad for the friendlies as part of the preparations for the upcoming 2022 World Cup.

He enjoyed a fruitful campaign with the Black Galaxies, leading them to qualify for 2023 CHAN against Benin and Nigeria, scoring four goals in the qualifiers.

The attacker, who played in the 2022 Kirin tournament maintains his spot in the team.