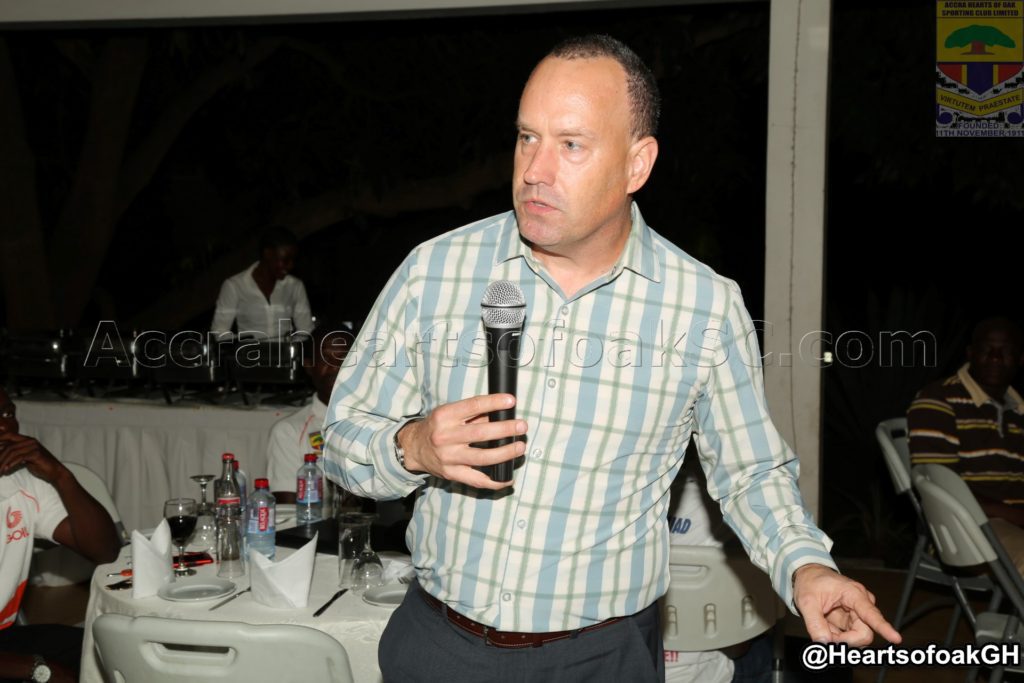 Accra Hearts of Oak have expressed surprise over the sudden resignation of their CEO, Mark Noonan, who refused to return after travelling to his home country to attend to family issues.

Noonan was expected to be away for two weeks after he was granted permission to visit his family but the CEO has cited lack of active football in the country as well as pressing family issues as the reason to quit the Rainbow club’s job.

But his decision has come as a shock to the club and according to the Public Relations Officer of the club, Kwame Opare Addo, they were surprised to note about his resignation.

Speaking on happy FM, the PRO also debunked the Umbro deal as the main reason why Noonan has quit the club and insisted that the kit deal was still on course and would happen.

"It has come as a huge surprised to all of us at Hearts of Oak when we got Mark Noonan’s message.

"He attributes to family reasons and lack of domestic football in the country as the reasons he has resigned, he told Happy FM.

"The Umbro deal will happen, Mark Noonan’s resignation has nothing to do with the Umbro deal, he added.