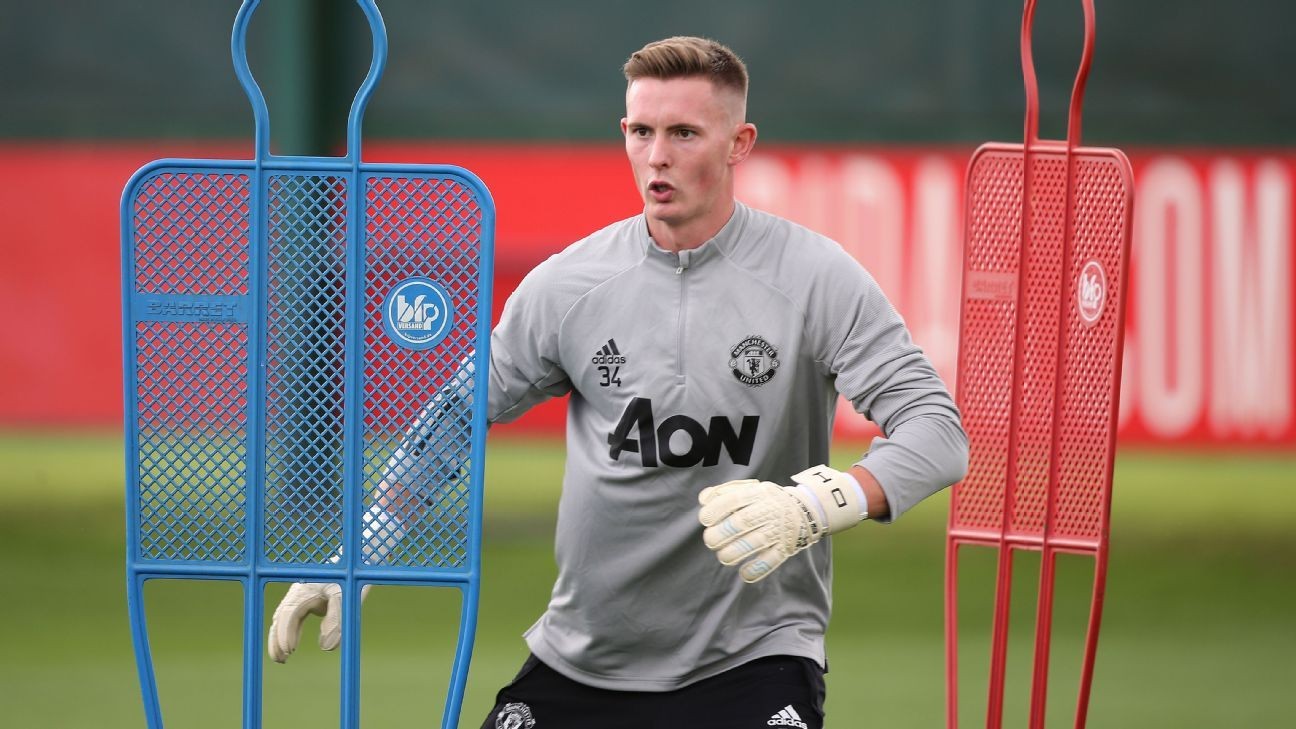 Dean Henderson has said he will push for another loan move if he cannot oust David de Gea as Manchester United's first-choice goalkeeper next season.

Henderson has signed a new long-term contract at Old Trafford and sources have told ESPN that Ole Gunnar Solskjaer's plan, as things stand, is for the 23-year-old to fight it out with De Gea for the No. 1 spot.

United kick off their Premier League campaign against Crystal Palace on Sept. 19 but with the transfer window not due to close until Oct. 5, there would be an opportunity for Henderson, who impressed on loan at Sheffield United last season, to secure a temporary exit if Solskjaer hands the gloves to De Gea.

"Look, 100%, the aim is for me to play football next season," Henderson said ahead of England's Nations League game against Iceland.

"I don't think I want to be not playing after last season, coming off a good season with momentum.

"It wouldn't be clever for me to sit around and not play football, I don't think it would help any parties at all."

Henderson's performances at Sheffield United earned him a call-up to the senior England squad for the Nations League.

He is aiming to cement his place as England's No. 1 ahead of the European Championship next summer but he has insisted he must be playing regularly if he hopes to impress manager Gareth Southgate.

"You can get many things from training and obviously learn off someone like David and the other goalkeepers and coaches," Henderson added. "But I don't think there's any substitute for game-time.

"I'm not going to improve just sitting on the bench. I need that game time.

"David de Gea has obviously been a great goalkeeper for many years. He's been phenomenal and that's something I aspire to be, to have a career like his at the club, so I'll be going back in on first day of the preseason working my socks off to get in that starting line-up because it's something I've always wanted.

"I'm so close now so I'm not going to give up, I'm going to put the pressure on."