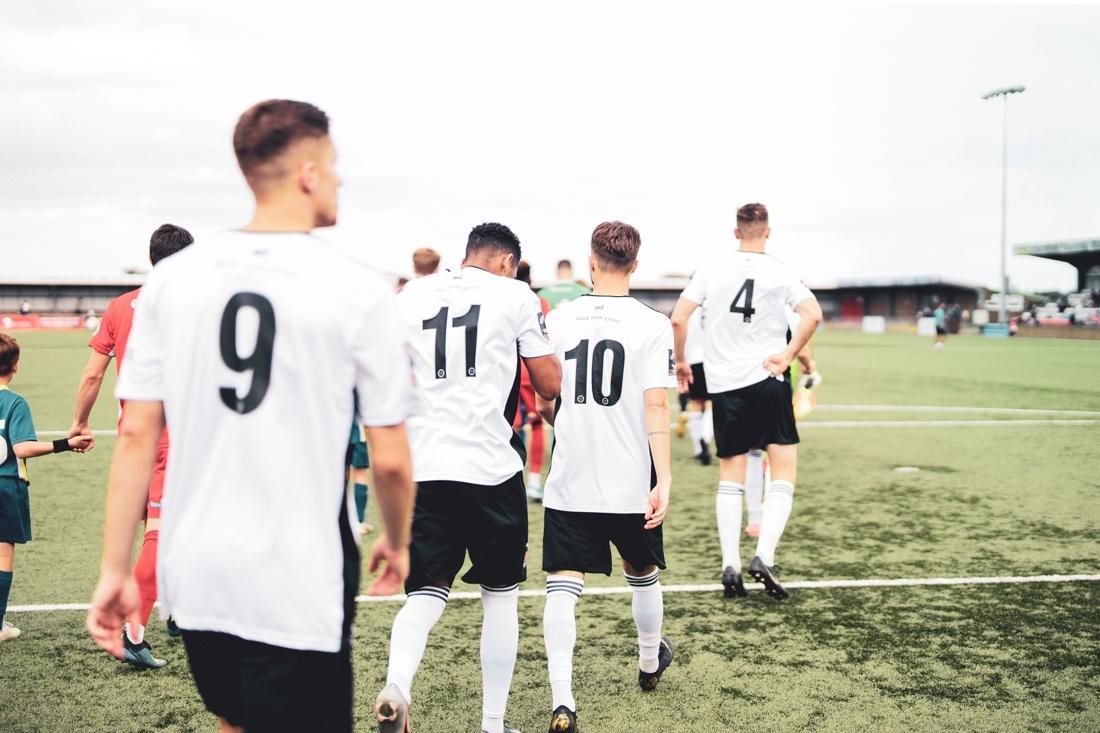 Photo by Momentista on Unsplash

When it comes to football shirts, the name that’s emblazoned across the front of them sometimes becomes just as famous as the shirt itself. Just think of Sharp and Manchester United, for example, or JVC and Arsenal.

Successful deals like this are why modern deals are so lucrative: big companies know that millions of fans are going to see their name whenever they watch their favorite team, and often the financial return from increased business far exceeds the cost of the deal. Here are 8 of the biggest sponsorship deals in the Premiere League.

Sports betting companies have traditionally been popular partners of football clubs thanks to the strong gambling culture among British football fans.

It’s now common for bookmakers to offer a sportsbook, casino, and virtual sports games all in one package. Stake.com is one of these, and they recently cemented their established online status by signing a multi-year deal with Everton, worth just over £10 million a year, according to reports.

The agreement features one of eight Premier League clubs who have struck up partnerships with betting companies, a trend that has attracted criticism from safe gambling experts. There’s a fear that such promotions may trigger gambling problems with special offers such as free bets and no deposit bonuses, and the UK government recently agreed to review sponsorship laws.

If you go to FBS’s homepage, you’ll see a line-up of Leicester City players staring back at you thanks to a three-year deal between the two parties.

Although the details weren’t made public, Leicester hailed it as a ‘record’ partnership for them, which means it must be more than £12 million per season.

FBS is a trading platform that lets users deal in stocks, cryptocurrency and other investments, something of an irony after Leicester were criticised for their lack of player trading by some fans.

Our first step into the super league of sponsorships takes us to North London, where Arsenal have not only named their stadium after their main sponsor Emirates, but also have a £40 million shirt sponsorship deal in place.

The lucrative agreement, almost enough to cover the cost of star signing Gabriel Jesus, was extended for a further five years back in 2018, meaning the time is ripe for another announcement soon.

It seems to be working: the deal was voted as the most recognizable among EPL fans in a Statista survey.

Like their London rivals, Chelsea also secured a deal worth an annual £40 million in place, but this one is only for three years.

Telecommunications provider Three UK are the sponsors, although this might be their last 12 months after rumors of conflict behind the scenes between the two parties started to emerge.

With Chelsea’s new American owners keen to make their mark, it’s possible that we’ll see a bumper brand-new deal with a major US company before long.

Liverpool – Standard Chartered (to be worth over £50 million/over €59.3 million)

Liverpool’s deal with long-standing partners Standard Chartered has just been upgraded by £10 million to a £50 million-per-year deal, but it won’t kick in until next summer.

Still, it represents a coup for the company who gets to ride the waves of the Anfield club’s unprecedented success, which has seen them land the Champions League and the Premier League in recent years.

The deal also covers Liverpool FC Women and will take the partnership up to 17 years by the time it expires in 2027.

It takes a big deal to tempt arguably the biggest club in the world, but German software company TeamViewer managed it with a deal thought to be worth in the region of £50 million a year.

The company is only the sixth sponsor in the club’s history, following Chevrolet, Aon, AIG, Vodafone and, most famously, Sharp.

Both parties will be hoping to see the glory days of the Sharp era once again, but there’s a lot of work to be done on and off the pitch for that to happen.

Like with Arsenal, Man City’s sponsorship package covers the stadium naming rights. However, there’s still room for a huge shirt deal worth just shy of 70 million pounds a year.

The agreement has been in place since 2009, just after City were taken over by mega-rich Emirati owners, although there has been some controversy after financial experts alleged that the sponsorship money was being used to evade football financial fair play (FFP).

Still, the club has seen off the accusations to continue enjoying one of the most lucrative deals in football.