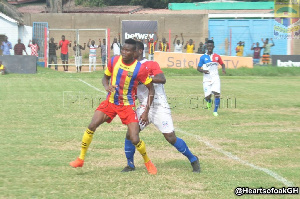 Hearts of Oak will face city rivals Accra Great Olympics in the Homowo Cup on October 6 after a new date for the game was announced.

The game was initially postponed two weeks ago after the organisers of the match failed to honour their part of the agreement to both clubs, prompting the management of the club’s to pull out of the game.

The game has now been scheduled for October 6 at the Accra Sports Stadium.

The game is part of the Homowo festival celebrated by the Ga’s, and is expected to be used by both teams as preparation for the upcoming football season.