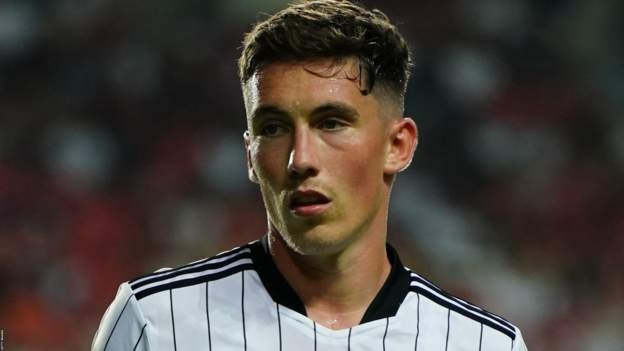 Fulham boss Marco Silva believes Wales forward Harry Wilson will be fit for the World Cup in Qatar later this year despite a knee injury which could rule him out for more than eight weeks.

The 25-year-old sustained the injury during a pre-season friendly against Aston Villa played behind closed doors.

Wales' first World Cup match is against the United States on 21 November.

"I don't think [it will affect his World Cup hopes] because he deserves it really to be there," said Silva.

"He is really important for us as you know. It's difficult for us to give a timeline to you because different things can happen.

"I said last week - I have no more information right now - but I said last week that the medical staff will have to give some reports. I know that they haven't now, but you can look in different situations.

"Of course he is getting some feedback from a specialist in this situation but it will not be really short. It will be something for sure more than eight weeks, they are saying that.

"If it becomes less it will be very good for us and then we'll see how long it can be.

"He's a big big piece for us, what he can give us in certain games, the profile he can give us, completely different things than the others.

Silva added: "First he is a big miss for us of course. I think [for] the World Cup you have to be positive. I think he can help us even before the World Cup to be in the right conditions there, but it is something that we are not sure yet."

Fulham host Liverpool on Saturday in their first game back in the Premier League following promotion from the Championship.

Wales' next match is away against Belgium in the Nations League on 22 September.