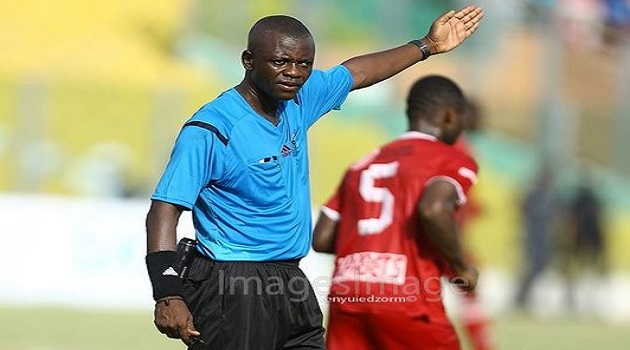 The Ghana Premier League game that featured Berekum Chelsea against Dreams Football Club turned out to be a 1-1 draw at the Match Day 2 game. It appears that Berekum supporters were not pleased with the center referee's performance and it led to a violent assault.

Ghanaian center ref Nuhu Liman was the victim of a beating that was administered because of strong disagreement over his actions at the game.

When a call is made that favors the other team, some people who are into sports betting may stand to lose a lot on their wagers.

Online betting companies such as Yanga bet are kept busy with these potentially profitable bets. It's only reasonable to want a fair call, but is violence the answer?

Eddie Kormieteh Doku is the Chairman of the referees appointment committee. He's of the opinion that the Ghana Football Association's Disciplinary Committee will have something to say about the assault. Berekum Chelsea will be dealt with for the violent response of supporters of the home team. The incident which occurred during the second week of the Ghana Premier League took place at Golden City Park. It has been reported that after the attack of home team fans, the referee collapsed to the ground.

Several of the top rated team members of the group stepped forward to condemn the actions of the Berekum group that led the assault. Some even requested that the FA take action against the offenders swiftly to help avoid more violence in the future. There was a sense of shock and disappointment that this behavior took place. It was an issue in the past but Doku believed that society had evolved beyond the point of becoming violent over disagreements with referees.

While several team members, the chairman of the referees appointment committee and others would like to see disciplinary actions taken, not everyone in the football arena feel the same. Yes, football is a sport that elicits a tremendous amount of emotion and passion. It's easy to get carried away, but in a civilized society, beating up a referee is not the proper response and it is harmful to the image of football. Doku seeks to begin working on the problem immediately. When refs need to be reprimanded or banned in the interest of fairness and the reputation of the game, it is done. The videos will be reviewed to determine precisely what happened and where attention needs to be paid. Even in the case of a ref making poor choices, violence should not be tolerated. The law should also be allowed to do its job by executing the proper judgments and consequences for illegal actions such as assault.

These cases have a strong impact on the sport

Currently, lawyers for both sides are working through the fine details of the situation. Unless needed, the attorneys will dispose of the matter within the established parameters of the law. The association is committed to remain law abiding and to respect the authority of the justice system. However; Nana Kwame Nketia, CEO of the club is in sharp denial of the reports and has made the indicated that the entire incident should be treated as a case of fiction.