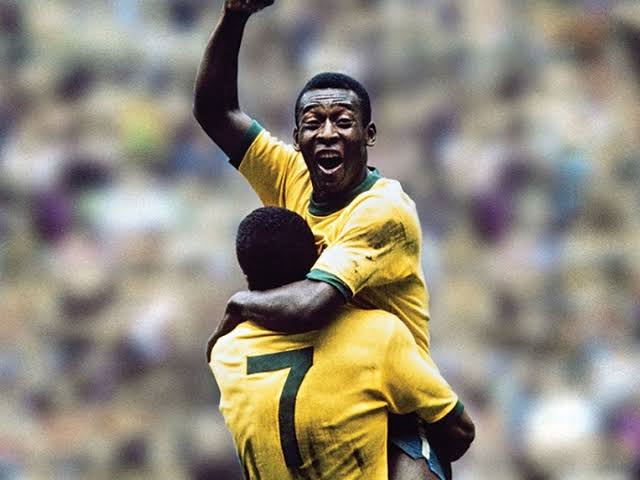 SuperSport viewers on DStv and GOtv will be counting down the days to the 2022 FIFA World Cup in Qatar, with the tournament set to run from 21 November to 18 December and provide the most thrilling distillation of ‘The Beautiful Game’.

DStv and GOtv is the only true home of football in Africa, offering a range and depth of action that no other rival can match – it’s literally ‘Unbeatable Football’! If you’re going to spend your money on something, it may as well be on the best football in the world.

The 1958 World Cup in Sweden witnessed the arrival on the global stage of arguably the greatest football player of all time, Edson Arantes do Nascimento, better known simply as Pele. As a 17-year-old, the forward scored six goals – including two in a 5-2 victory over the hosts in the final in Solna – inspiring Brazil to their first-ever World Cup title.

Pele went on to win two more World Cups with Brazil – in 1962 and 1970 – and scored a total of 77 goals from 92 appearances for A Selecao. He remains Brazil’s all-time leading goal scorer in men’s international football (Neymar, on 70 goals, could surpass his record in the near future).

Yet the breakthrough showing for Pele in 1958 almost did not happen. Prior to the tournament, Brazil’s team psychologist, Dr. Joao Carvalhaes, was adamant that Pele – as well as fellow attacking star Garrincha – should not be included in the squad for the trip to Sweden.

“Pele is infantile. He lacks the necessary fighting spirit. He is too young to feel aggression and respond with appropriate force. In addition to that, he does not possess the sense of responsibility necessary for a team game,” read part of a report compiled by Carvalhaes.

Luckily coach Vicente Feola went with his gut, rather than the doctor’s advice. As Pele recounted in his autobiography, “Fortunately for me and Garrincha, Feola was always guided by his instincts rather than experts. He just nodded gravely at the psychologist, and said, ‘You may be right. The thing is, you don’t know anything about football. If Pele’s knee is ready, he plays.”

That knee, and the injury he had sustained in a pre-tournament practice match, proved an even more immediate danger to the youngster's participation in Sweden than Carvalhaes' dire warnings. But Feola took the gamble and was repaid handsomely. In the process, World Cup history was made.

“The 1958 World Cup was my launching pad. I was on the front pages of newspapers and magazines all over the world. Paris Match ran a cover story immediately after the victory, saying there was a new king on the block. The name stuck, and very soon I started to be called King Pele. Or, more simply, the King,” said Pele, who to this day remains an icon of the ‘Beautiful Game’ and one of the legends most closely associated with the FIFA World Cup.

No rival can compete with SuperSport’s coverage. Our viewers on DStv and GOtv enjoy an unrivaled selection of football from around the world!

Don’t miss the New Football Season on SuperSport on DStv and GOtv. Visit www.dstv.com and www.gotvafrica.com to subscribe or upgrade, and join in on the excitement. And while you’re on the move, you can stream matches on the DStv App.