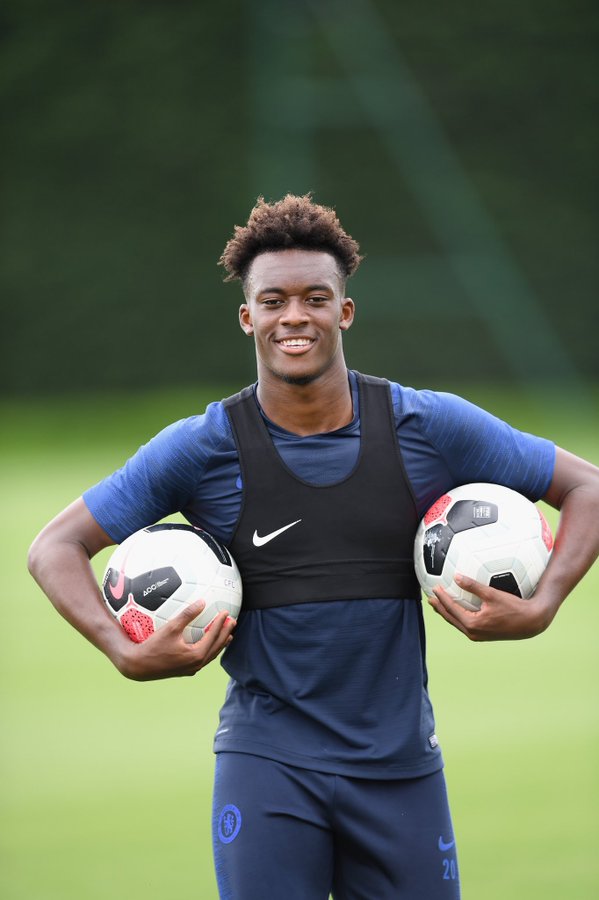 Chelsea's teenager Callum Hudson-Odoi has made way into the in latest England squad for their upcoming Euro 2020 qualifiers at Wembley on November 14  before travelling to Kosovo three days later.

The 19-year-old returned from a serious Achilles injury at the end of September, which had kept him out of action since April and has since featured in 10 matches across all competitions for Chelsea, scoring once, while helping the team climb to fourth in the Premier League table.

The winger featured for England's Under-21's in a 5-1 win over Austria last month, scoring two goals and generally wreaking havoc in the final third of the pitch.

The Chelsea youngster has been rewarded for his recent performances with a call up to England's senior squad, with the international break set to take effect next week.

The teenage star has fought his way back into the international fold after a long lay-off and could now add to his two caps for the Three Lions.