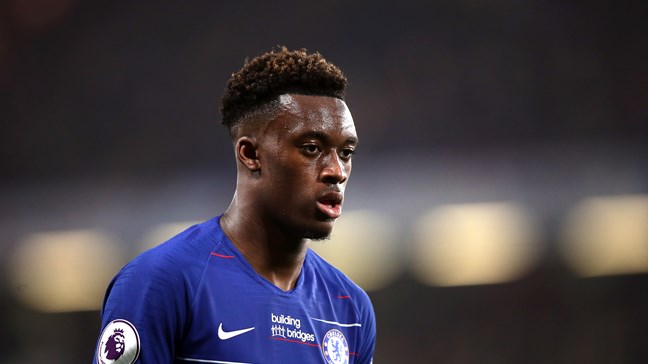 Chelsea youngster Callum Hudson-Odoi has disclosed he's been monitored by in-form Manchester City winger Raheem Sterling in a bid to help his development.

Hudson-Odoi was on the sidelines for five months with an Achilles injury but made a scoring return in Chelsea's 7-1 Carabao Cup win over Grimsby, registering three assists as well.

The 18-year-old claimed Chelsea manager Frank Lampard had advised him to seek out Sterling for advice and despite playing for a rival club, the former Liverpool winger has kept in regular contact with the Blues star via phone call and WhatsApp.

"[Sterling] obviously plays for a different team, so he doesn’t have to do that, but he does because he wants everyone to do well," Hudson-Odoi said.

"For a person like that to help you, it’s an amazing feeling. He gives you the best advice possible.

"I ask him, 'How do you get all the goals you are getting, how do you work for the team, how do you make an impact in big games?'

"He’ll tell me what are the best movements to get in the box when the balls are coming in, what is the best position to pick up possession.

"It’s everything you need to know in the modern game and how you should be playing.

"I’d say he is one of the best wingers in the world right now. When I watch him play it’s an amazing feeling because he likes to help and contribute to the team as much as possible."

Hudson-Odoi will next be in action for Chelsea against Newcastle at Stamford Bridge after the international break on October 19.