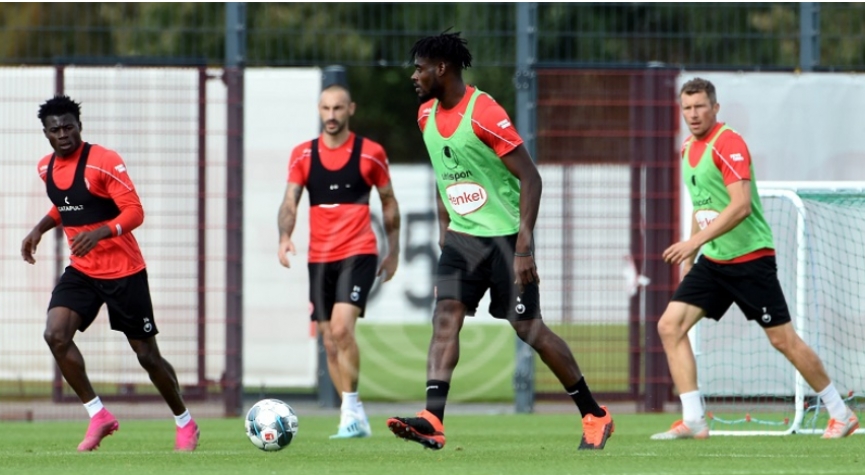 German Bundesliga side Fortuna Düsseldorf has been given a huge boost ahead of their league match against Wolfsburg on Friday following the return of defender Kasim Nuhu from injury.

The Black Stars defender sustained an injury in the side’s friendly encounter against TSV Meerbusch last month and has since been working on regaining full fitness.

With three days to the return of the Bundesliga from the international break, Kasim Nuhu is back to full fitness and has been taking part in full-scale training.

Despite making himself available for the fixture that will be played at the Merkur Spiel-Arena on Friday, the possibility that he will be given a place in the starting lineup of the team to face Wolfsburg is not unknown.

A statement on Fortuna Düsseldorf’s website shared, “There he is again! Kasim Adams worked his way back to the training ground with the team on Tuesday and was able to participate without any restrictions”.

“Whether he is already back in the squad against Wolfsburg, but is still questionable”.

Nuhu, 24, is on a season-long loan from TSG Hoffenheim and is expected to play a key role for Dusseldorf throughout the 2019/2020 season.