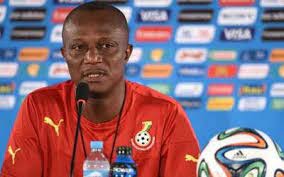 Former Black Stars head coach, James Kwesi Appiah has indicated that he currently has no interest in football as he maintains focus on other matters.

The Ghanaian coach lost his job with the senior national team at the end of December 2019 when a new Ghana Football Association (GFA) decided not to renew his contract.

After staying at home for the past 7 months away from football, Coach James Kwesi Appiah has hinted that he is not returning to play any part in the sport any time soon.

“Now I am not interested in football, my concentration is on other things”, the coach said in an interview with Wontumi Radio.

The former Asante Kotoko head coach added, “Although I don't know what will happen in the future BUT I don't want to know anything about football for now”.

Meanwhile, there are growing calls for Coach Kwesi Appiah to be given the GFA technical director job amid reports that it is set to be given to an expatriate.

Others also believe he will be the right man to be the lead scouting team for Ghana’s various national teams.