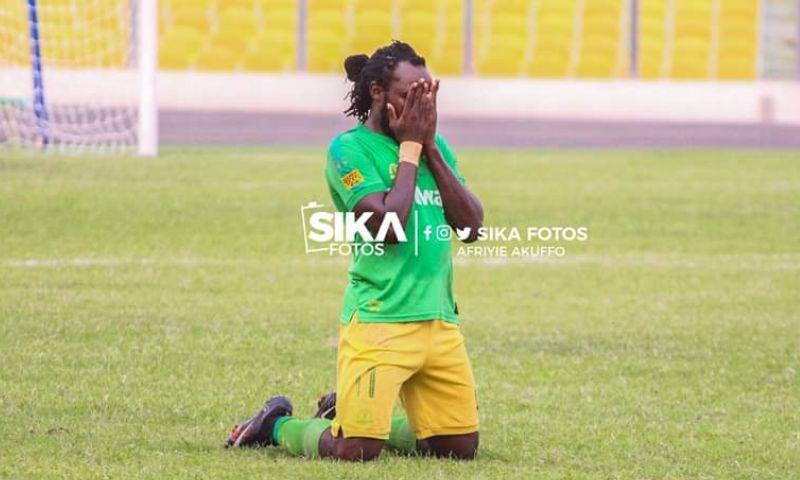 Veteran striker, Yahaya Mohammed has insisted he nit worried after he was excluded from Black Stars squad for the upcoming Ghana, Mali friendly encounter in October.

The Aduana Stars livewire was part of the four local players who were handed a call up to the Black Stars in March for the country's Africa Cup of Nations [Afcon] doubleheader against Sudan.

The clash was postponed due to coronavirus.

However, Akonnor who is the head coach of the Black Stars has named 23 man squad for the friendly encounter that will be staged in Turkey without a local player.

The call up by the former Asante Kotoko gaffer has been welcomed by football enthusiasts despite the inclusion of local players.

And according to the 32-year-old forward, he welcomes the decision by Akonnor.

I'm not surprised by my exclusion on Black Stars call-up," he told Kumasi based Pure FM.

"I would have been bold to tell CK Akonnor that I can't be part of the squad if I was called upon.

"The reason is simple, I have been off the pitch for some time now and I lack match fitness," he added.

The 2019/20 Ghana Premier League was suspended in mid-March following the outbreak of coronavirus but was annulled in June 30.

The 2020/21 football season has been scheduled to start on November 13 by the Ghana Football Association [GFA].