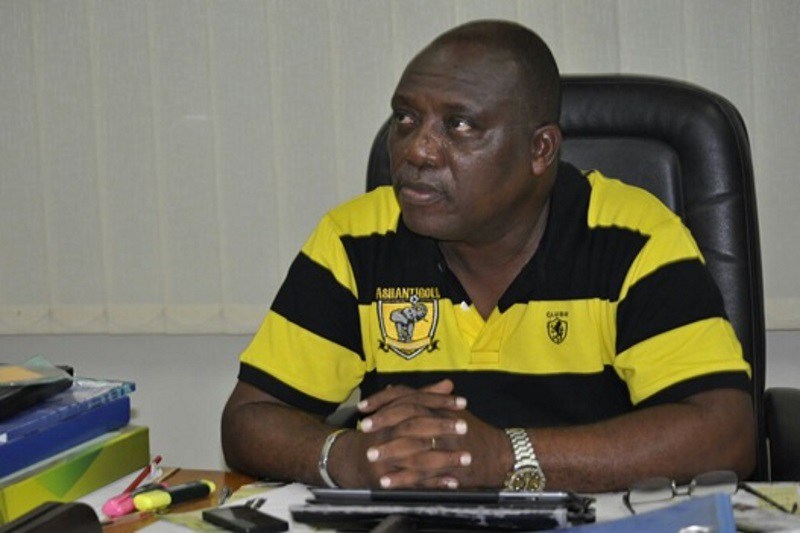 CEO of Ashanti Gold Kudjoe Fianoo says he is not afraid to leave the club following exit calls from the fans.

Since last season, some supporters of the club have expressed their desire to see Fianoo exit the club.

The miners have endured a difficult start to the season and this has resurrected calls for Fianoo's exit.

But the Chairman of the Ghana Leagues Clubs Association says he is not perturbed by those calls.

“What happened to Chelsea [in England]? They are back on top of the league after a season or two, what is happening to Leicester?,” he told Starr FM.

“The English League is a clear example of what is happening to AshGold so it’s a matter of just remaining calm and making sure that where the problems are coming from we clear them and then we will be home and dry.

“When we are convinced that it is a managerial issue; if it’s management, I will back off,” Fianoo stated.