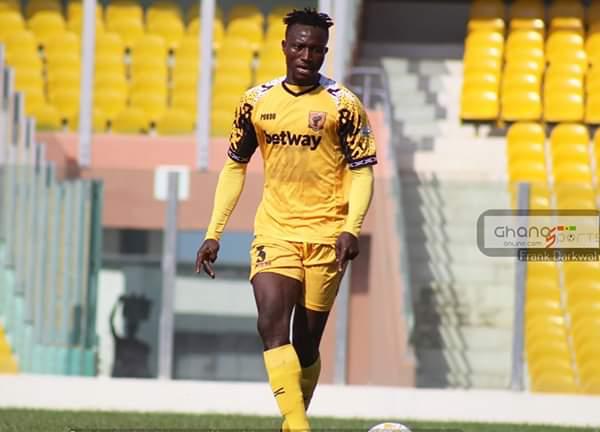 Highly-rated Ashanti Gold defender Mubarik Yussif has disclosed that he could not eat after the team’s 6-1 defeat to West Africa Football Academy (WAFA) in the Ghana Premier League.

The Miners visited the Sogakope Red Bull Arena on Matchday 11 of the 2019/2020 season and shockingly suffered a big defeat at the hands of the academy boys.

In an interview, Mubarik Yusif has revealed that he was sent into shock after the match because it was his first being on the losing end of a match with such a goal margin.

"I can’t explain what really happened. I remember after the game I was asking my teammates what just happened us. I couldn’t believe it”, the defender told Footballmadeghana.com.

“Because in my career I never lost by 3 goals margin and here I’m conceding 5goals margin. I couldn’t eat and didn’t talk to anyone in the bus after the game. The defeat was shocking. But that is football”, he added.

Mubarik Yussif further added that he is confident Ashgold can win the Ghana Premier League at the end of the season.

“It happens in football, you can’t win all your games. The victory over Karela United put us back in contention for the league. With the quality we possess I have very sure we can win the league”, he said.

The defender currently has 2 goals after making 14 appearances for Ashanti Gold in the Ghana Premier League.