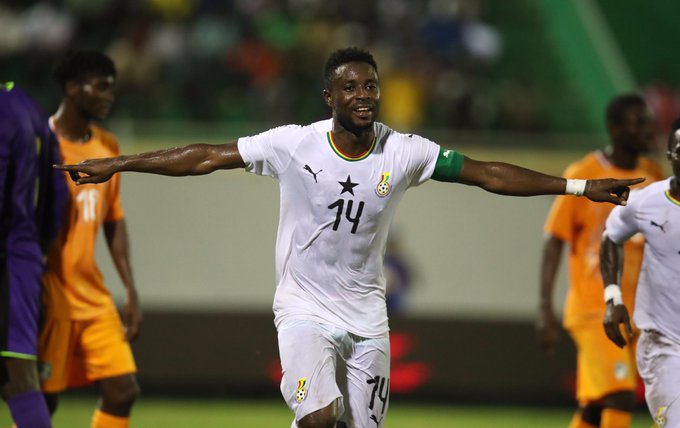 Ghanaian striker Shafiu Mumuni has dedicated his ‘Man of the Match’ award earned from the Black Stars’ 3-1 triumph against their counterpart from Cote d’Ivoire on Tuesday night to his manager and teammates.

The Obuasi Ashanti Gold marksman was unplayable on the matchday and emerged as the hero for his side against a side that was tipped to upset the defending champions.

At the end of the pulsating encounter, however, a sensational hat-trick from Ghana’s captain was enough to steer the Stars into the finals of this year’s WAFU Cup of Nations tournament.

His outstanding performance on the day earned him the ‘Man of the Match’ accolade. Speaking in an interview after the game, Shafiu says he takes motivation from his head coach Maxwell Konadu and hence dedicates the award to him and his teammates.

The forward currently leads the goal-scoring chart with four goals and is tipped to eventually finish the tournament with the golden boot.