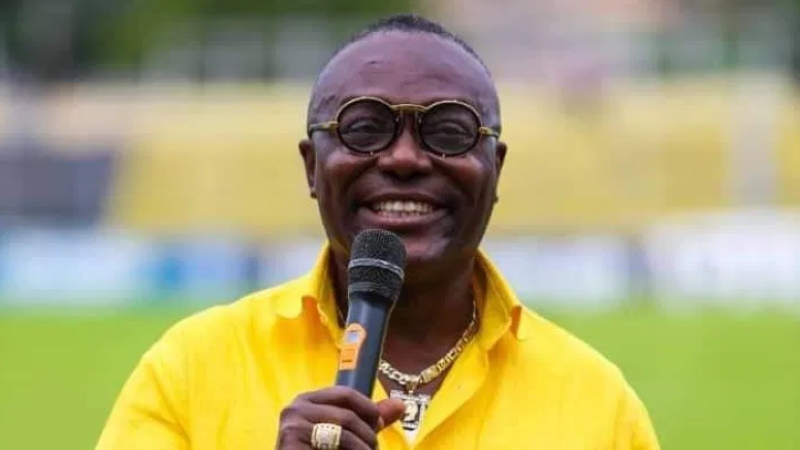 President of AshantiGold SC, Dr Kwaku Frimpong says he does not engage in betting as rumoured but has prophets who prophesy on their games.

The successful business mogul and his club were accused of match-fixing in their game against Inter Allies last season.

Dr Frimpong and his son, Emmanuel Frimpong, who is the CEO of the club have been both hit with charges of match manipulation although they have vehemently denied any wrongdoing.

Speaking in an interview with Akoma FM, the club president says that he does not bet but only has prophets who predict the results of matches.

“I don’t do betting but rather I have prophets who prophesy on our game and give us results, and when I come out with the results, they say I engage in betting," he said.

“I don’t want to talk much on my case (Ashantigold/Inter Allies) because I trust GFA to do the right thing,” he said.

The GFA is expected to come out with a verdict on the alleged match-fixing allegations involving the two teams which the AshGold hierarchy have been fingered.

The Miners hosted Inter Allies in the last Premier League game at the Obuasi Len Clay Stadium last season where they inflicted a heavy 7-0 defeat on the already relegated Tampico boys at the time.

Ashgold scored five goals by themselves although with little resistance from the away side before Inter Allies defender Hashmin Musah scored two bizarre own goals you will ever see in football to make it 7-0.

Young striker Isaac Opoku Agyemang run the charitable Inter Allies defense ragged as he grabbed a hattrick on the day while it was a day of ignominy for Inter Allies defender Hashmin Musah who scored twice but it was in his own net.

Before AshGold captain, Amos Addai also scored twice for the miners to make it 7-0 in favour of Ashgold SC.

Inter Allies defender Hashmin Musah confessed he deliberately scored two own goals in order to foil a 5-0 scoreline he had heard before the game for the purposes of betting.