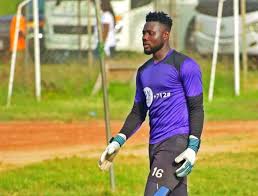 Hearts of Oak goalkeeper Richard Attah has revealed that he likes using Mourinho's style of play when playing his matches on FIFA.

He says that he sits back and studies his opponents well before attacking and trying to look for goals.

"I am part of the José Mourinho school of thought. In other words, I love to sit back and play on the break in order to study my opponent. It is called “drop back”. I sit deep to observe my opponent," he told Joy Sports.

"After my observation, I deploy another tactics called ‘fast buildup’ where I play a typical attacking football to score goals. Playing a balanced game is also an option for me."

Attah will go head-to-head against Asante Kotoko's Danlad Ibrahim in a FIFA 20 match hosted by Joy Sports on Saturday.