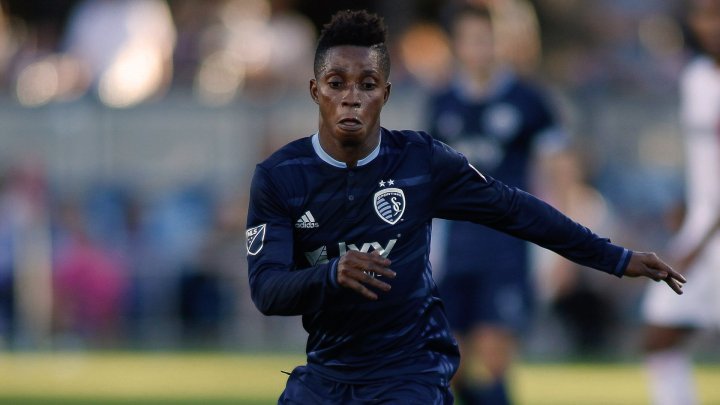 International commentator John Champion has confessed that Ghanaian midfielder Latif Blessing is a player he enjoys watching and tipped him to have a successful career in Europe.

Champion, ESPN’s Lead Commentator in the MLS, described the 23 year old as a player who is full of energy and provides drive for MLS side Los Angeles FC.

“There is a young Ghanaian player who's caught my eye in the MLS at the moment and his name is Latif Blessing. I think he’s got a very good potential of having a brilliant career in Europe. I really enjoy watching Blessing ” He told Kofi Mensah of Empire FM.

He started his career as a winger but was successfully converted to a box-to-box midfielder, a position he has made his own.

“There’s nothing off about him. He came to the MLS from Liberty Professionals and played out as a winger and did okay. However, currently, he’s been converted into a box-to-box midfielder and he’s doing amazing stuff there”, Champion added.

“He is a dynamo, full of energy and provides the drive for what is a very good team in LAFC. For me, Latif Blessing was the standout player [in that side] last season. At his age, 23, he’s got so much promise ahead of him and I’d be surprised if he doesn’t get a move to Europe soon.”