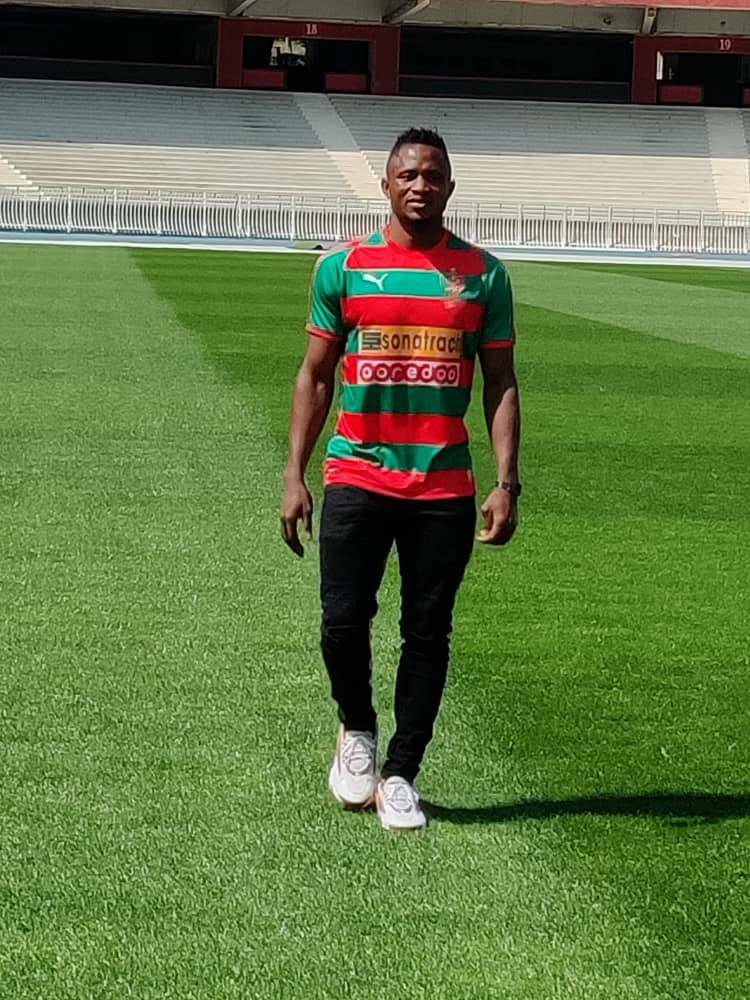 Ghana forward Joseph Esso says he enjoyed his stint with Dreams FC as he bids farewell to the club.

Esso signed a 3-year deal with the Algerian giants from Ghana Premier League side Dreams FC after passing his medicals on Monday.

Speaking after his unveiling, he indicated he enjoyed his spell with the Still Believe lads having bagged 11 goals in 17 appearances in the ongoing GPL campaign.

The enterprising forward also expressed his delight for joining the Algerian outfit and is hoping to live up to the billing at the club.

“I’m happy to be in Mouloudia Club. It’s a very good club and the biggest in Algeria so I am very happy joining the club” he told the clubs media.

Esso earned his maiden Ghana call up for the 2021 AFCON qualifiers last month against South Africa and Sao Tome and Principe following his swashbuckling performance with Dreams FC.