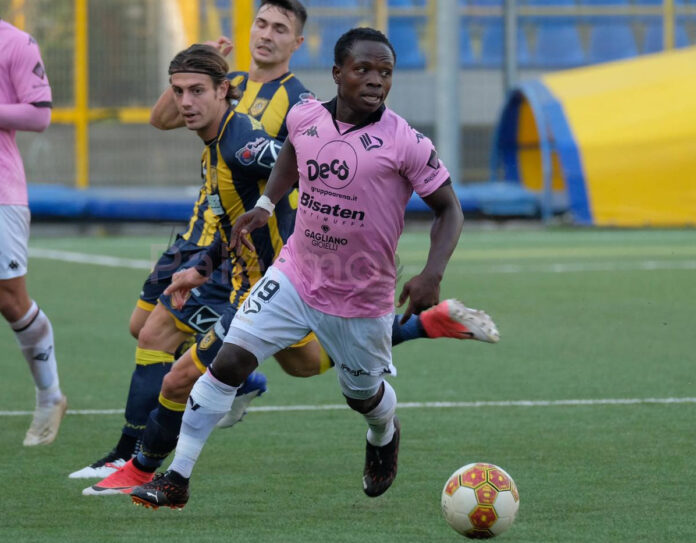 Ghanaian midfielder Moses Odjer has opened up on his first season at Italian third-tier side Palermo.

The 24-year old joined the side in September 2020 after ending his spell with Trapani.

According to Odjer, he has been following Palermo since his days at Salernitana and said he had no doubts about the club.

He added he feels good with everyone at the club.

"I was expiring with Salernitana and when he called Palermo I had no doubts, I have been following the club since he went to Europe. They have a fantastic fanbase”

“In society I feel good with everyone, staff, ds, president and above all the companions, It was formed a really nice group" he said on his new Youtube channel.

The former Ghana U-20 player has a year left on his Palermo contract and is expected to be an integral member of the team for the 2021/22 season.

He had an impressive first season with the club, featuring in 26 matches in the serie C.