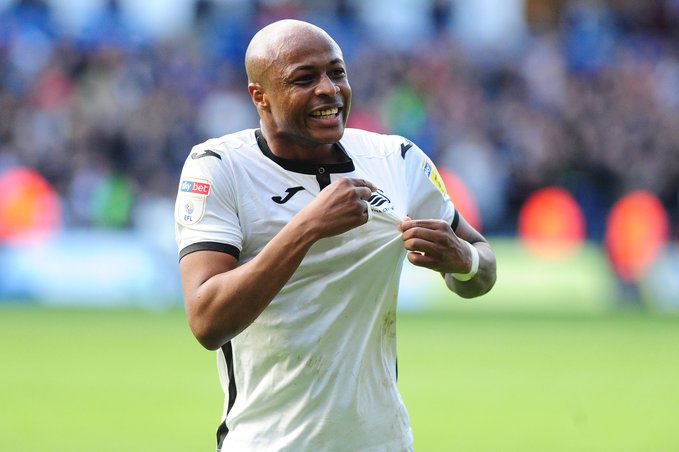 Swansea City vice captain Andre Ayew has revealed his intention to stay at the Championship side for next season.

Andre produced some spectacular performances last season and was linked with an exit away from the club.

However, the Black Stars skipper said that he feels wanted at Swansea and as such will stay for this season.

“You always want to play at the highest level but I had a long discussion with the manager and the fans made me feel like they wanted me here.” Ayew told Football Daily.

He scored 16 goals and added seven assists in the Championship last season.