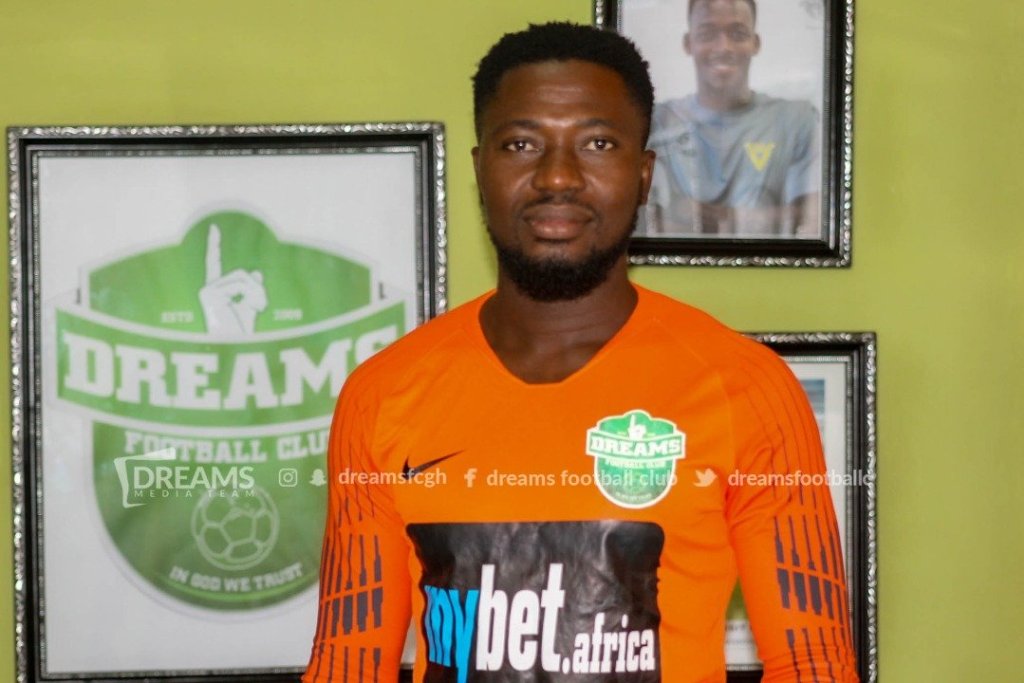 Experienced Ghanaian goalkeeper Philemon McCarthy says he has "an unfinished business" with Dreams FC after rejoining them.

On Thursday, McCarthy penned a three-year deal with the Dawu based side after successful negotiations.

A statement from the club reads, "Dreams Football Club is glad to confirm to its fans the return of experienced goalkeeper Philemon McCarthy who just signed a 3-year contract keeping him at the club until 2023."

Speaking to Dreams Media in his first interview he said: "I have an unfinished business and I’m here to continue from where I left off, I believe I am not done with what I started so it’s time to finish it."

His comeback is considered as a homecoming signing since this becomes the second time he is rejoining the club following his earlier return in 2018.

He returned to Dreams during the 2017/18 season after having had a short stint with Israeli club Afula FC and is famously remembered by the StillBelieve fans for his historic strike against New Edubiase FC at the Theatre of Dreams, Dawu during the 2016 Ghana Premier League season.