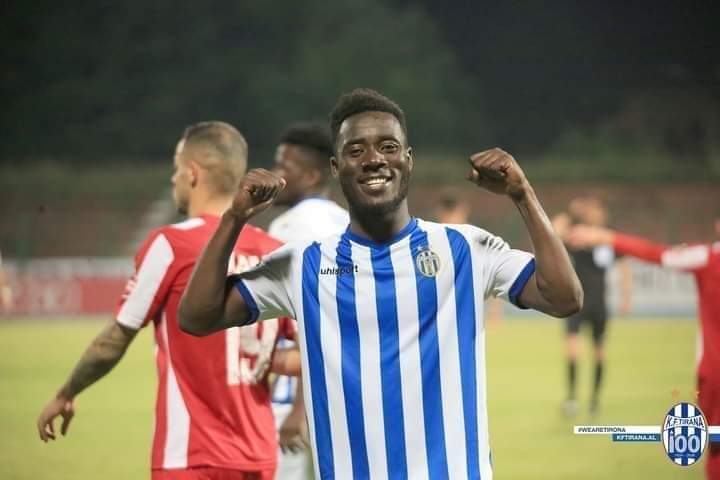 On Tuesday afternoon, news broke that the KF Tirana talisman has been sentenced to several months in prison for alleged document forgery which saw him acquire an Albanian passport.

Clarifying the speculations, Winful Cobbinah has in a video noted that the news is not true. According to him, he was granted the passport but due to upcoming elections in the country, it has been politicized, leading to the little issues.

“I have seen some news going around in Ghana that I have been sentenced to 4 months in prison because I have forged some documents. Believe me, I have no idea of all these things happening.

“I can say that all these things are happening because of the passport that was issued to me,", the former Hearts of Oak man said.

Winful Cobbinah added, "Those spreading rumours that I have done this and I have done that must stop. What you are doing is not fine."

Listen to Cobbinah in the video below: